The Dragons Den star was in no mood to hold back after observing the political turmoil of the past few years. 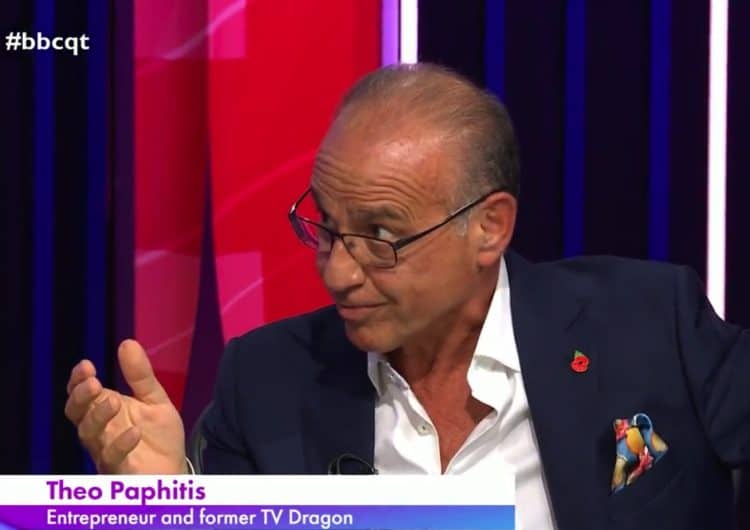 Theo Paphitis has hit out at the Conservative Party, saying they’ve turned Britain into a “tinpot dictatorship”.

Speaking on BBC Question Time, the entrepreneur says as a businessman he’s “finished with politicians”.

“Over the last three years, we’ve sat there and watched delusional people living on a different planet.”

Last month Rishi Sunak became the third prime minister in two months as the Tory Party was thrown into disarray.

His predecessor, Liz Truss, managed to survive just 44 days in the job after her fiscal plans tanked the UK economy.

Coupled with the turmoil caused by Brexit, it has led to businesses deserting the country for more stable pastures elsewhere.

Johnson waiting for Truss to implode before mounting another leadership campaign