The ceremonial march has been set to Thunderstruck by comedian Matthew Highton, with every thunder replaced with a woman shouting Black Rod. 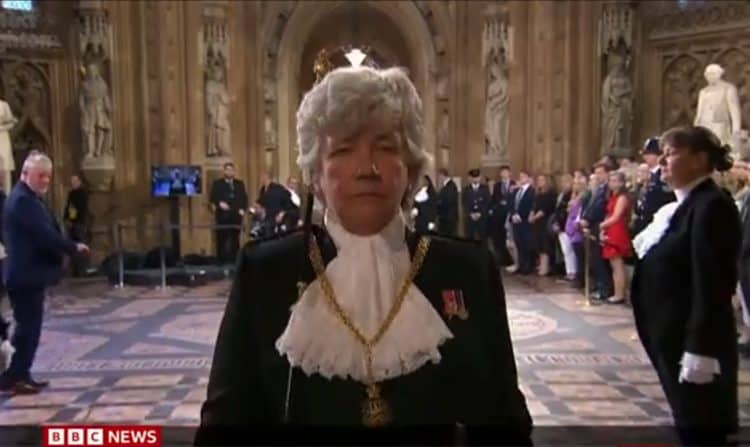 The State Opening of Parliament got underway yesterday, with all the usual ceremonial pomp that accompanies the occasion.

The Prince of Wales read the Queen’s Speech for the first time, opening Parliament with his eldest son, the Duke of Cambridge, in a historic delegation of the monarch’s responsibilities.

Charles watched intently as the priceless and glittering Imperial State Crown was lowered gently onto the table set to his right.

The usual procession took place before the speech was read out, led by senior parliamentary and government officers, including the Lord Chancellor, the Lord Speaker of the House of Lords and the Lord Privy Seal.

The Great Sword of State and the Cap of Maintenance, symbols of the Sovereign’s power and authority, were carried in front, while the Black Rod – demonstrating the supremacy of the Lower House over the Lords – was admitted in typically grandiose style.

Since 2018, the position has been held for the first time by a woman, Sarah Clarke.

Comedian Matthew Highton has set her entrance to ACDC’s Thunderstruck, and the results are just wonderful.