"Of all the things that will be a challenge, I am not concerned about either supermarket cupboards running bare or the cost of food prices." 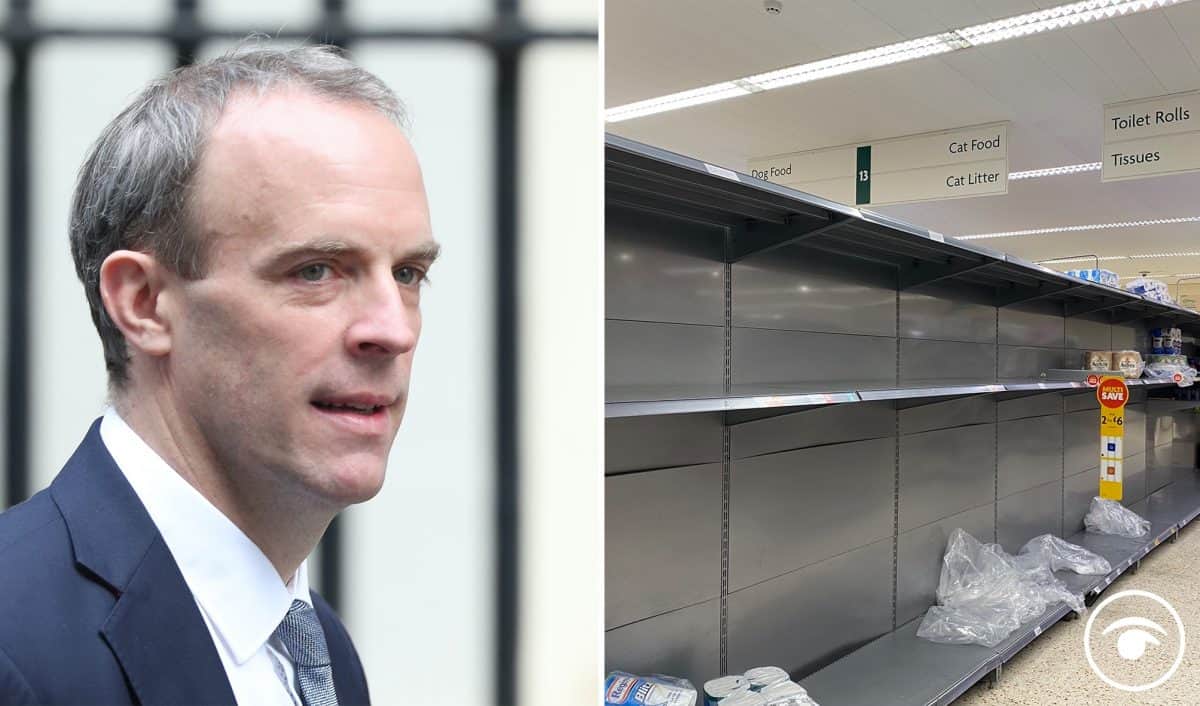 The Foreign Secretary, Dominic Raab, has sought to play down warnings about price hikes and stockpiling as simply “bumps along the road” as post-Brexit trade talks are set to end this weekend.

It’s comes as Tesco boss John Allan suggested that food bills could rise by up to 5% due to tariffs and disruption.

On Brexit Dominic Raab told the BBC on Thursday that, while he could not rule out a further extension in the talks process, it is important to have “finality”.

He said: “I think it’s unlikely but I can’t categorically exclude it.”

The Cabinet minister added that there has not been “enough pragmatism and flexibility on the EU side” and called for “substantial movement” from the bloc in order to seal a deal before the weekend is out.

“I don’t think we can keep going on at that pace without having some progress and some flexibility,” he told the BBC.

“Particularly from the UK side, we look at the differences on fairly key points of principle – fairly narrow in scope, we are talking about fisheries, level playing field commitments, the EU’s attempt to lock us in to their rules – we need to see substantial movement.”

Mr Raab said the UK has already moved in agreeing to a transition period to allow European trawlermen to adjust to changes in fishing rights, but argued that the EU is asking too much when it comes to level playing field arrangements.

“What we’re not going to be treated is in a way that no other country would accept, and nor would the EU accept,” he told BBC Radio 4’s Today programme.

“It’s about some basic respect for democratic principles.”

Mr Raab sought to play down the impact on food prices if the UK defaults to World Trade Organisation (WTO) rules with the EU, but acknowledged there will be “bumps along the road” if there is no deal.

He said: “Of all the things that will be a challenge, I am not concerned about either supermarket cupboards running bare or the cost of food prices.

“Equally, there will be some bumps along the road if we don’t get a free trade deal, that’s the inevitable consequence of change.

“But we will be well braced and well prepared to deal with those, and we are going to make a success of leaving the transition period, come what may.”