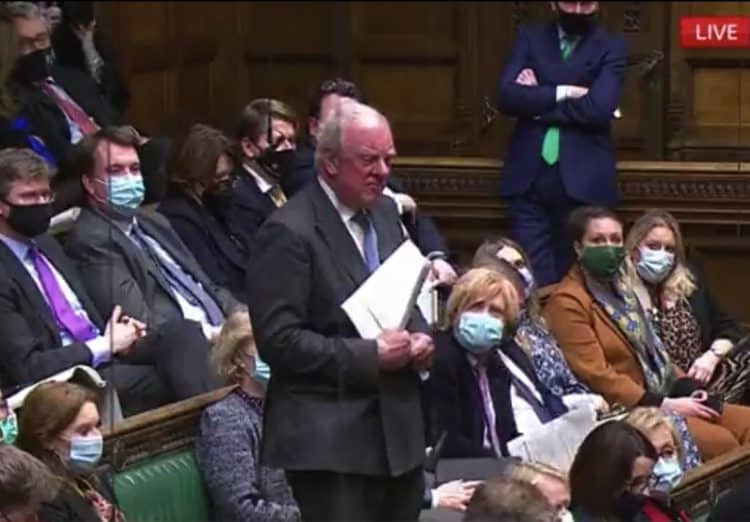 Brexiteer MP Edward Leigh had a ‘that’s-not-what-I-ordered’ moment in the House of Commons yesterday.

Speaking during PMQs, the MP for Gainsborough raised rumours that the government is considering relaxing visa controls from India in order to get a free trade deal.

Earlier this week it was revealed that international trade secretary Anne-Marie Trevelyan is understood to be ready to offer “generous” visa schemes to citizens in the subcontinent as representatives from both countries get primed to thrash out a deal.

Ms Trevelyan is said to be backed by Foreign Secretary Liz Truss, who has also taken on the position of Brexit secretary as of this year.

Commenting on the moves in parliament, Leigh said:

Watch the magical clip below: