"Guess voting for Brexit was a waste of time then," one person said. 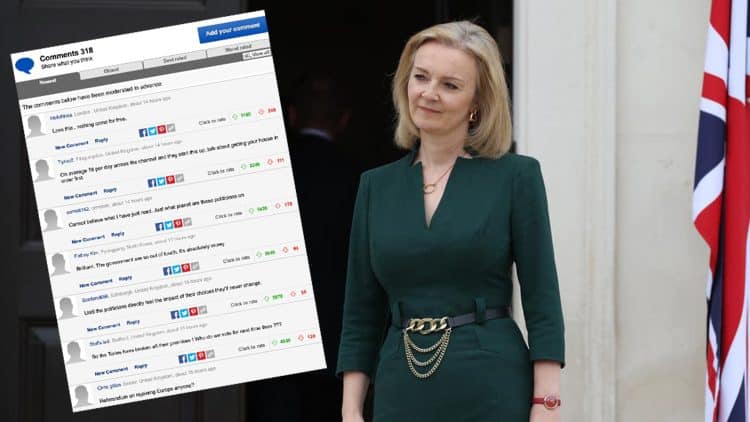 Mail Online readers have been startled by news that immigration restrictions could be eased for Indian citizens as part of trade talks due to commence later this month.

International trade secretary Anne-Marie Trevelyan is understood to be ready to offer “generous” visa schemes to citizens in the country as representatives from both countries get primed to thrash out a deal.

Ms Trevelyan is said to be backed by Foreign Secretary Liz Truss, but will likely face pressure from Home Secretary Priti Patel who does not support the move.

Last year Boris Johnson and his counterpart Narendra Modi agreed to a ‘2030 Roadmap’ which they said will deliver a ‘quantum leap’ in relations.

Speaking of their partnership, the PM said that the relationship between the UK and India is of ‘huge importance’.

As part of the plans, Indian citizens could be offered similar visa deal to those given to Australians – allowing young workers the right to live and work in Britain for up to three years.

Other mooted options include slashing visa fees for Indian students, and allowing them a temporary stay in the country after graduation.

Work and tourism visas – which at present can cost up to £1,400 – could also be cheapened in a move to sweeten the Delhi representatives.

A free trade agreement between both India and the UK would solidify a closer economic relationship between the pair, but it’s fair to say not everyone is happy about the prospect.

One Mail Online reader said: “Guess voting for Brexit was a waste of time then, we voted Brexit to control immigration now now we’ve left were still going to be in a worse off position.”

While another commented: “Brexit is falling apart”, just a year after the UK officially exited the union.

There wasn’t much love for the Conservatives in the comment section, with one person saying they will “never vote for them again – Not in general elections or local elections.”

“That’s not we left the EU for”, another said, notably frustrated.