Sadly, the prime minister's reaction to the gag was not shown on the BBC. 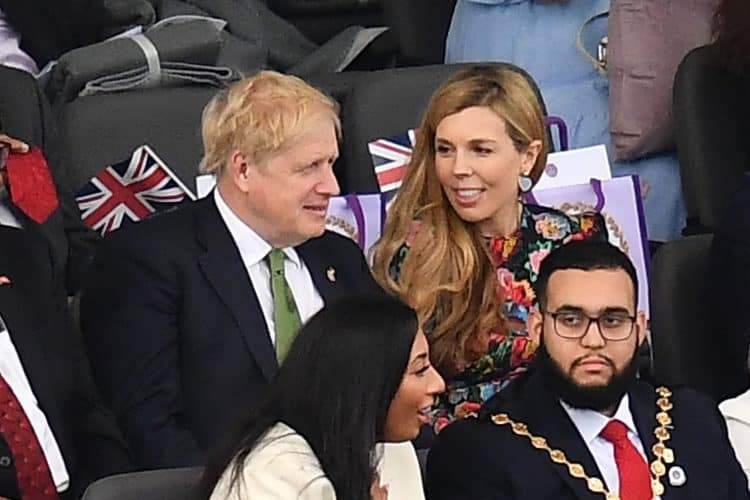 Lee Mack cracked a joke at Boris Johnson’s expense – in front of the prime minister himself – in a hilarious moment at the Queen’s platinum jubilee concert.

The comedian graced the stage after Queen + Adam Lambert finished their performance, and made a gag poking fun at the Partygate scandal.

“We are here right outside the gates of Buckingham Palace for the party of a lifetime,” he said, adding: “I’ll tell you what – finally we can say the words ‘party’ and ‘gate’ and it’s a positive.”

The comment drew laughter from the crowd, which included Johnson, but the prime minister’s reaction was not shown on the BBC broadcast.

Celebrations will draw to a close with a colourful street pageant which royal revellers hope will be capped by a Buckingham Palace appearance by the Queen.

The monarch received affectionate tributes from the Prince of Wales and national figures during Saturday night’s Platinum Party at the Palace that saw Sir Rod Stewart, Diana Ross and Duran Duran perform for thousands.

And in a comic sketch that delighted the nation, the Queen had tea with Paddington Bear and revealed, like the furry character, she is partial to a marmalade sandwich

In his personal tribute Charles spoke movingly about the Queen, calling her “Mummy” and described how “you laugh and cry with us and, most importantly, you have been there for us…” in a speech to thousands of spectators in The Mall.

On Sunday, millions will gather for patriotic street parties, picnics and barbecues, with more than 85,000 Big Jubilee Lunches being held across the UK.

The Duchess of Cornwall, patron of the Big Lunch, will join Charles at a flagship feast at The Oval cricket ground in south London, while the Earl and Countess of Wessex will meet people creating the “Long Table” down on The Long Walk leading up to Windsor Castle.

Some 10,000 people including a cast of 6,000 performers are involved in staging the 3km carnival procession from Horse Guards, along Whitehall to Admiralty Arch and down The Mall to Buckingham Palace.

The ambitious £15 million pageant is split into four acts: For Queen and Country with a military parade; The Time of Our Lives progressing through seven decades of culture, music and fashion; Let’s Celebrate telling the story of the Queen’s life in 12 chapters with corgi puppets and carnival creations; and the Happy and Glorious musical spectacle.

Aren’t Dads Responsible for Childcare Too?