Burley grilled the business minister over whether Rishi Sunak's ending of the public sector pay freeze will actually increase wages. 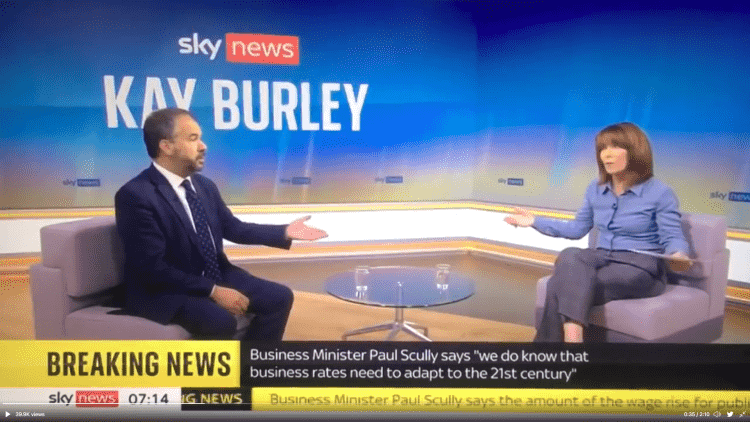 The Chancellor has confirmed he will scrap the government’s year-long public sector pay freeze in his Budget on Wednesday, paving the way for a possible wage increase next year for those such as teachers, nurses, police and armed forces personnel.

But there is no guarantee the increase will be higher than the rising cost of living, meaning workers could still feel worse off.

According to the latest available data from the Office for National Statistics, there were 5.68 million public sector workers registered in June.

Sunak has not set out how much wages will be boosted by, with the rises set to be announced next year following recommendations from independent pay review bodies.

And business minister Paul Scully refused to guarantee the increases would be above the level of inflation.

“That will be determined by the pay review bodies. The Chancellor is keen to give people a rise,” he told Sky News.

“They will then take that into account as they look to what should be an appropriate rise for the public sector, given the public finances.

“I can’t pre-empt what they are going to do. We will see where we are come next April when the review bodies have reported.”

But Burley wasn’t having any of it – pointing out that there is no guarantee the pay rise will be greater than inflation.

Watch the tense exchange below.