Some commentators have claimed that the video has obviously been doctored to hide just how sick the president really is. 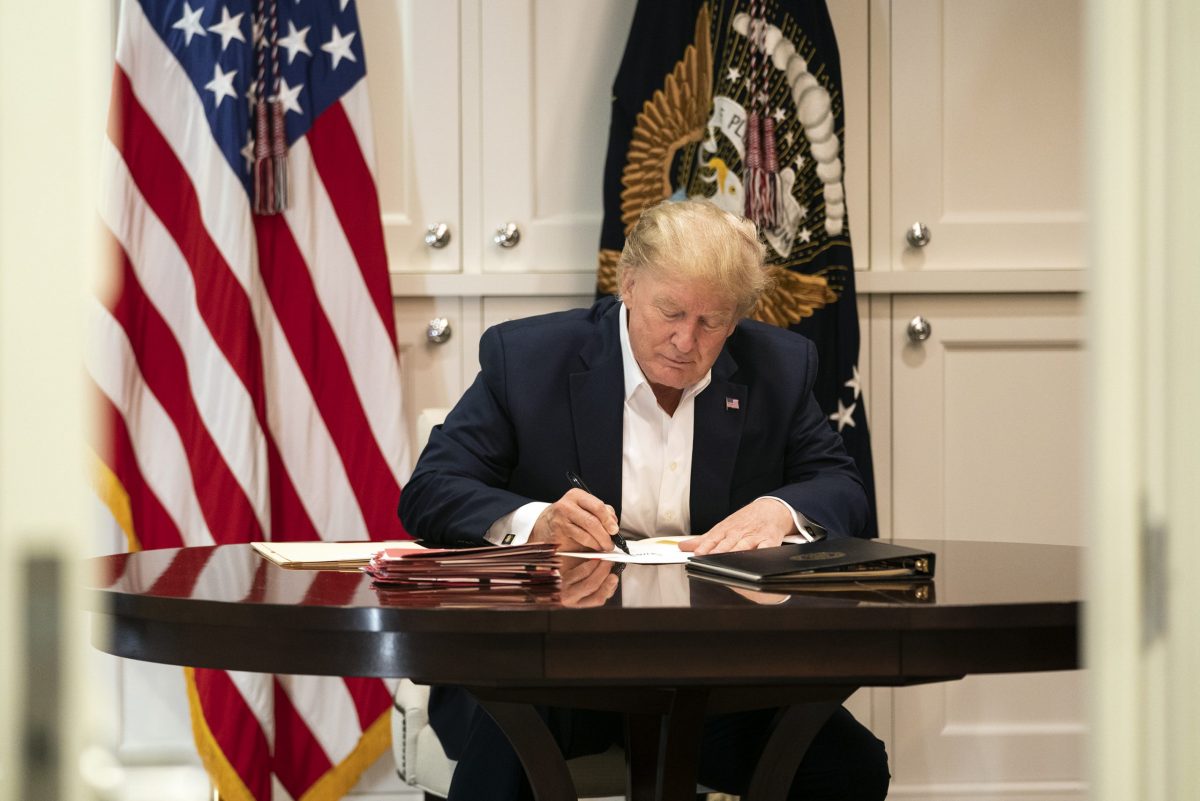 As Donald Trump continues his strangely public battle with Covid-19, an army of online sleuths is convinced that the president’s staff is not being forthcoming about the severity of his illness.

In a video posted on his Twitter page yesterday, aiming to show that Trump was feeling healthy and working hard from his hospital suite, a slight judder as the president delivers a line has caused some to suggest that the footage was doctored.

It looks as though Trump is stifling a cough as he says the word ‘therapeutics’ – and some commentators have claimed that the video has obviously been doctored to hide just how sick the president really is.

Others have been quick to dispel the theories as merely that.

Regardless, this is what happens after four years of lies and obfuscation. When a real crisis hits, nobody knows what to believe.