The former prime minister was introduced as a "legendary figure" ahead of his breakfast briefing in the Swiss ski resort. 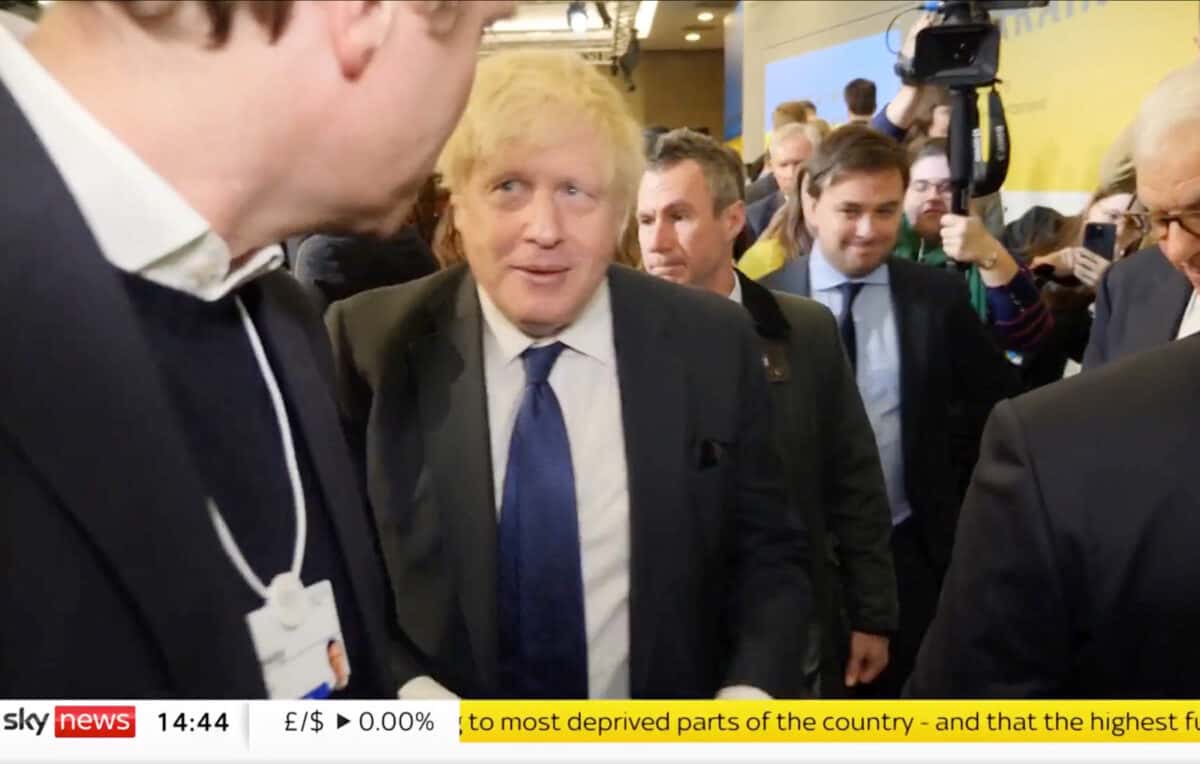 Boris Johnson was chased through Davos by Sky News reporter Ed Conway as questions over why he attended the summit were raised.

The former prime minister was speaking at a breakfast event on Ukraine at the World Economic Forum, where he was introduced as a “legendary figure” in Ukraine.

He said Vladimir Putin will not use nuclear weapons, comparing the Russian president to “the fat boy in Dickens” who wants to “make our flesh creep” with hollow threats.

But questions have been raised over why a former UK PM made the trip to Switzerland, rather than the current one.

Rishi Sunak has snubbed the event being held this week, choosing to jet around the north of England instead.

Conway put the question to Johnson at the conference but was given short shrift.