It comes after he was told: "You don't work for the BBC, you can speak freely." 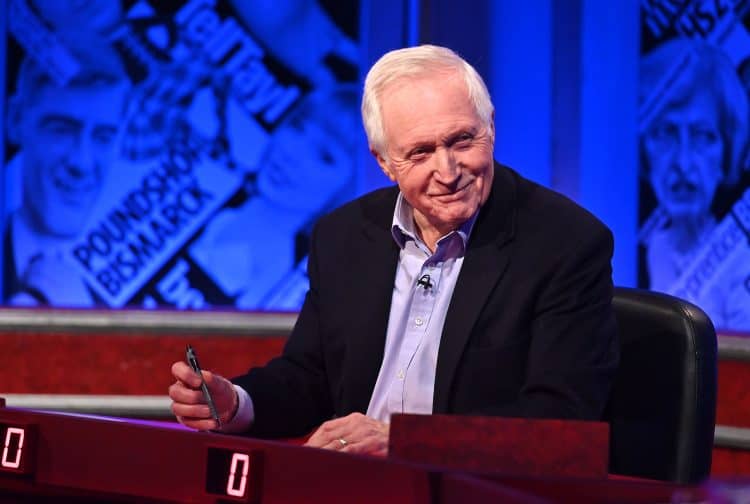 Veteran broadcaster David Dimbleby made a rare outspoken remark while on air as he discussed the UK’s economic turmoil of recent days with the BBC.

The former Question Time host said the “massive change” announced by the Government at a time when members of the public were being forced to make tough decisions was “a complete shitstorm” for some people.

It comes less than a fortnight after Dimbleby came out of retirement to front the BBC’s coverage of the Queen’s committal at Windsor Castle.

During Thursday’s episode of the broadcaster’s Newscast podcast, host Adam Fleming told him: “I should make clear, you don’t work for the BBC, you can speak really freely.”

“I do think it is extraordinary. I thought that the victory was interesting, Liz Truss becoming Prime Minister,” Dimbleby responded.

“We knew her quite well on Question Time over the years and it was quite an eye opener when she became Prime Minister.

“But I haven’t seen anything quite so melodramatic as this.

“I think it stands up because I think what Kwasi Kwarteng announced was a massive change.

“This 45 per cent tax dropping to 40 suddenly, at a time when people are actually already deciding whether to buy a pullover and not turn the heating on… We can’t have hot meals and heat our houses at the same time and all that’s going on.”

In last week’s “mini-budget” the Chancellor said the top rate of income tax, the 45% rate for earnings over £150,000, would be abolished altogether.

Mr Kwarteng also confirmed plans to get rid of the cap on bankers’ bonuses.

“It just seems extraordinary and I mean, it is a complete shitstorm for people who are actually trying to sell abroad or back here,” Dimbleby told Newscast.

His language caused Fleming to exclaim “you’ve definitely left the BBC haven’t you” while co-host Jo Coburn reassured listeners it was after the 9pm UK watershed.

Dimbleby retired from Question Time in 2018, handing the reins to Fiona Bruce.

Since then he has helped produce a number of BBC programmes before his involvement in the Queen’s state funeral – following in the footsteps of his father Richard Dimbleby.