He also described his relationship with the Prime Minister as “remote”, saying they had only met once in person, before adding the pair “rarely have a meeting of minds”. 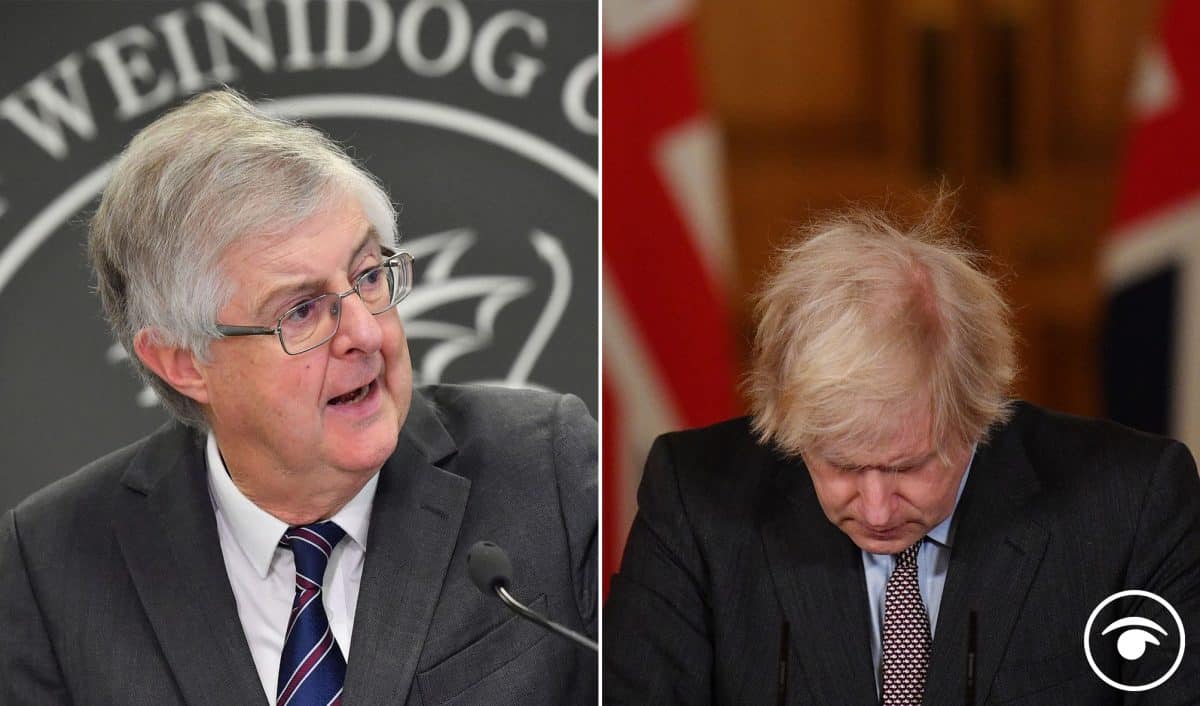 Wales First Minister Mark Drakeford has been told to “respect the office” of the Prime Minister after he was shown to say Boris Johnson “really, really is awful” in a documentary.

The Welsh Labour leader made the comments following a Cobra meeting over Zoom back in December with Mr Johnson, who is heard saying he wanted to “urgently” discuss the implications of a lorry travel ban into France.

The footage, broadcast in an S4C film on Sunday about Mr Drakeford’s response to the coronavirus pandemic, cuts away from the meeting for “confidentiality rules” before the first minister reappears and remarks: “Dear me, he really, really is awful.

“Imagine that some deadly new variant of the virus had been discovered in France and they were trying to persuade us that there was no need to take any action to stop French lorry drivers from driving across the continent.”

On Monday, the leader of the Welsh Conservatives in the Senedd Andrew RT Davies criticised Mr Drakeford’s comments, saying they were not “a good look” for him.

Mr Davies said: “This type of rhetoric might play well with the nationalists ahead of Senedd coalition talks but I’m not sure this is a good look for Labour’s First Minister.

“It’s a fact that shouldn’t escape the First Minister but over half a million Welsh people voted for the Prime Minister in the 2019 general election, which by my maths is half a million more than has ever voted for him.

“While the First Minister might not like the rosette on the Prime Minister’s lapel, he should respect the office.”

Mr Drakeford told MPs at the Welsh Affairs Committee on Thursday that Mr Johnson’s “lack of regular engagement” with the devolved nations was undermining attempts from unionists like himself to stop the UK from breaking up.

He also described his relationship with the Prime Minister as “remote”, saying they had only met once in person, before adding the pair “rarely have a meeting of minds”.

Asked about Mr Drakeford’s criticism, the Prime Minister’s official spokesman said: “We have worked closely with the devolved administrations throughout the pandemic.

“There have been many, many meetings and calls with the devolved administrations and local partners since the pandemic began including weekly calls between the first ministers, deputy first ministers and CDL (Chancellor of the Duchy of Lancaster Michael Gove).

“There have been numerous Cobra meetings and other meetings where we have worked closely as one United Kingdom to try and tackle the virus.

“I would point to what we’ve said previously on the border measures that we put in place to try and ensure that we stop the reimportation of cases of coronavirus, and the different measures that we’ve introduced throughout the pandemic to try and achieve.

“It remains our commitment to work closely with the devolved administrations as we continue to work together to try and tackle the virus.”