The Scottish Labour leader was speaking alongside Jeremy Corbyn in Glasgow on the final day of campaigning. 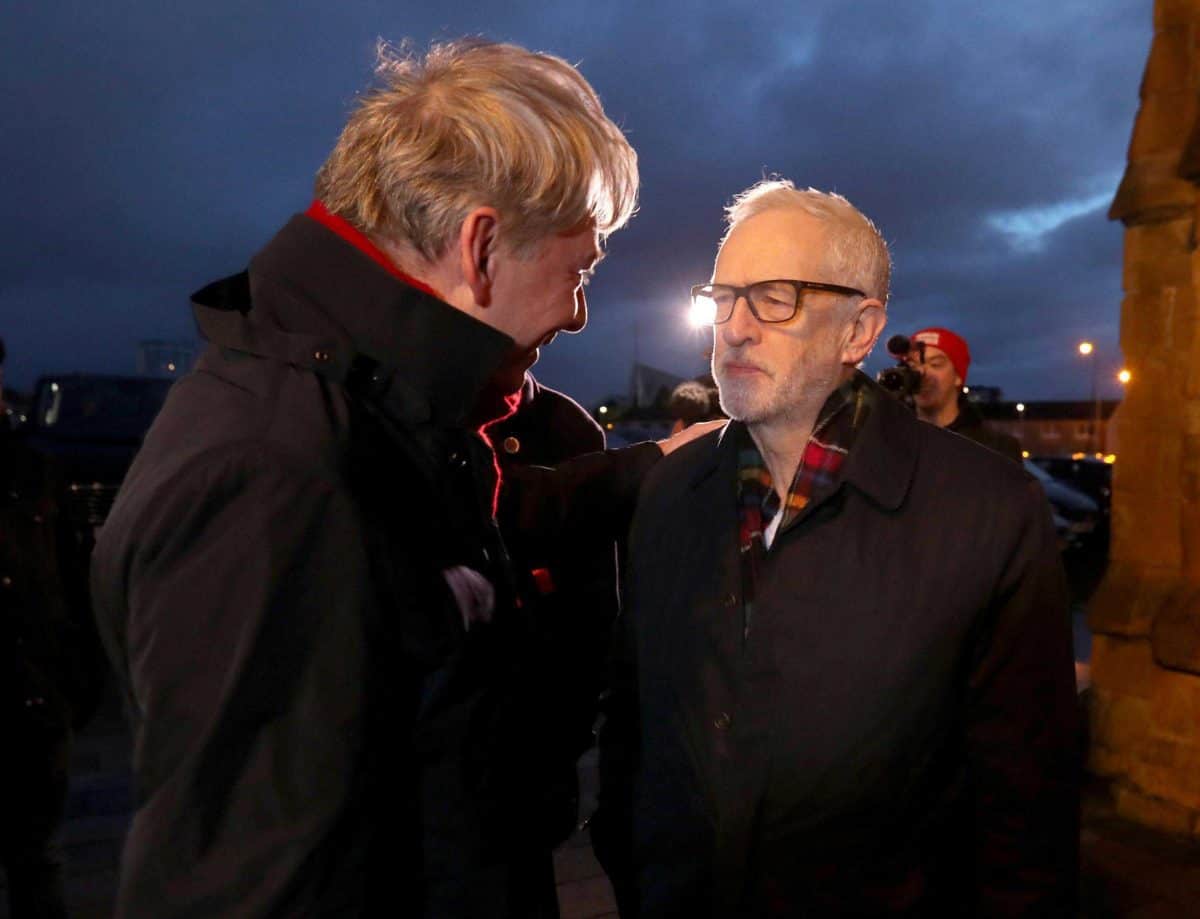 Scottish Labour leader Richard Leonard has said he is confident of a win for his party in Thursday’s election.

Speaking alongside Jeremy Corbyn at an event in Glasgow, Mr Leonard said he thinks the electorate will “seize the opportunity” to elect a Labour government.

Recent polls have shown a significant narrowing in support between Labour and the Conservatives, with a YouGov survey putting the possibility of a hung parliament within its margin of error.

Mr Leonard said: “I’m an optimist and I think that there’s a real possibility here that we can make a significant change to the direction of this country.

“This could well be the last General Election before action needs to be taken to solve the climate catastrophe.

“We’ve had 10 years of austerity. People have been up against it for a decade.

“Here we have a chance to end poverty, end child poverty, to make sure that in future winters our pensioners are not having to make a choice between eating and turning on their heating.

“We’ve got a real opportunity here to change the direction of this country and I am confident that people will seize that opportunity.”

He added that a rise in the number of Labour MPs in Scotland would help increase the chances of a Labour majority at Westminster.

With Glasgow the first stop on a UK-wide tour on the last day of polling for Mr Corbyn, Mr Leonard said the leader’s presence helps his party’s campaign north of the border.

“We are a Labour Party determined to take the railways and the Royal Mail back into public ownership.

“We are determined to see a redistribution of wealth and power in this country so that those with the broadest shoulders start to pay a fair share towards the public services that we need.

“And we are a Labour Party that wants to end the experiment of austerity and start to invest again in the people of this country, in our public services and in our economy.”