The US ambassador to the UN said "Putin wants the world to travel back in time, to a time before the United Nations". 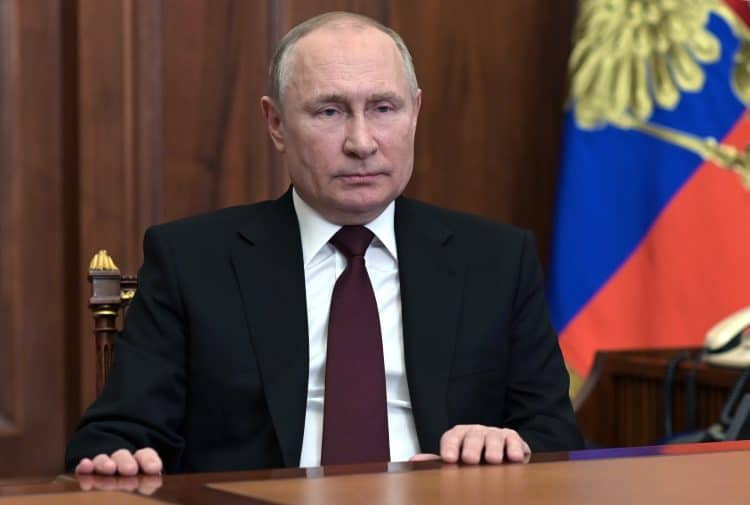 Vladimir Putin was accused seeking a return to “a time when empires ruled the world” at an emergency meeting of the UN Security Council on Monday night, as Russia was urged to step back from the brink of war in Europe.

Linda Thomas-Greenfield, the US ambassador to the UN, said Putin’s deployment of troops in eastern Ukraine – which Russia has now recognised as independent states – was a gambit to “create a pretext for a further invasion of Ukraine”.

She warned that Putin’s assertion that Moscow has a rightful claim to territories from the former Russian empire would include all of Ukraine, twelve other nations and parts of Poland and Turkey.

“Putin wants the world to travel back in time, to a time before the United Nations,” she said. “He is testing our resolve and seeing just how far he can push all of us. He wants to demonstrate that through force, he can make a farce of the UN.”

Barbara Woodward, the British representative to the UN, told the council that the UK would impose fresh sanctions on Russia. She said an invasion would unleash “the forces of war, death and destruction” on the people of Ukraine.

“The humanitarian impact will be terrible on civilians fleeing the fighting. We know that women and children will suffer most.”

She said the Security Council must be united in calling on Russia to “de-escalate immediately”, as well as “condemning aggression against a sovereign nation and defending the territorial integrity of Ukraine”.

“Russia has brought us to the brink,” she said. “We urge Russia to step back.”

It comes as a Cabinet minister warned that the Russian invasion has already begun, as Boris Johnson led a crisis meeting of ministers and senior officials to consider the response to Putin.

‘The invasion has begun’

Ministers are preparing to slap sanctions on key Russian figures and businesses after the Kremlin recognised two breakaway regions of eastern Ukraine as independent states.

At an early morning meeting of the Cobra committee the prime minister was briefed on the latest intelligence after Putin ordered his troops to carry out “peacekeeping” duties in the Donetsk and Luhansk regions.

Health Secretary Sajid Javid said: “We are waking up to a very dark day in Europe and it’s clear from what we have already seen and found out today that the Russians, President Putin, has decided to attack the sovereignty of Ukraine and its territorial integrity.”

The Health Secretary told Sky News: “We have seen that he has recognised these breakaway eastern regions in Ukraine and from the reports we can already tell that he has sent in tanks and troops.

“From that you can conclude that the invasion of Ukraine has begun.”

Related: ‘Russian invasion of Ukraine has begun,’ as tanks seen rolling through Donetsk