The Labour frontbencher appeared to get sacked from her position live on air last night. 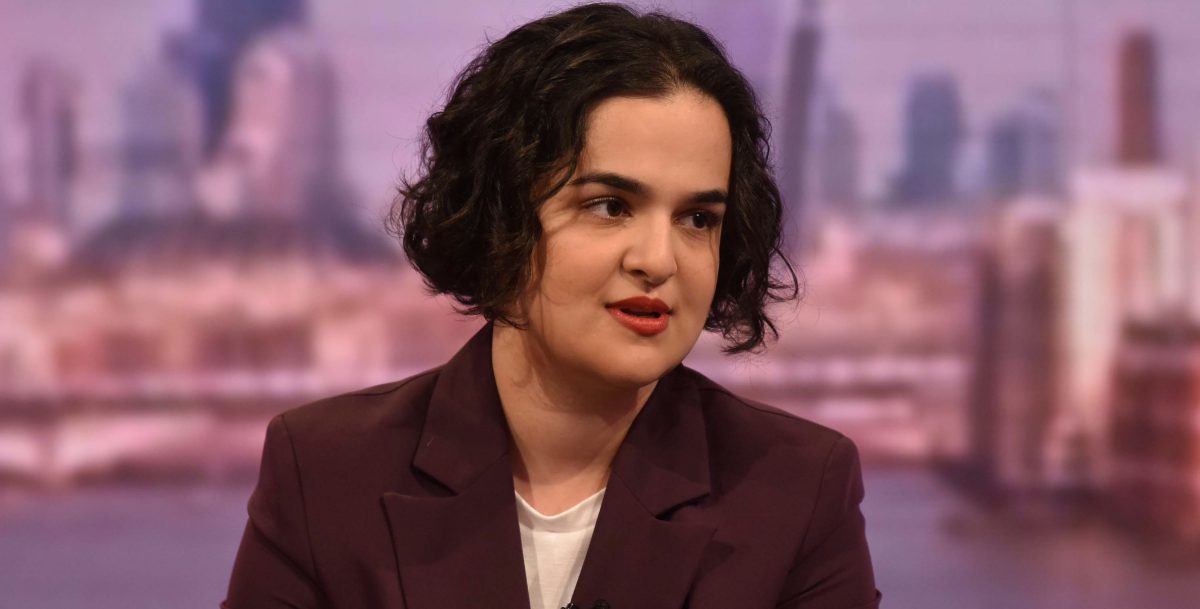 A Labour MP has confirmed she has been sacked by party leader Sir Keir Starmer from her frontbench role after defying the whip to oppose a controversial Bill.

Nadia Whittome was stripped of her junior role after defying instructions to abstain on the Overseas Operations (Service Personnel and Veterans) Bill, which Tory ministers say is aimed at protecting armed forces personnel from “vexatious prosecutions”.

During the height of the pandemic she was been sacked from her temporary role as a carer after speaking out about personal protective equipment (PPE) shortages.

She had returned to her former role at Lark Hill retirement village, which is run by ExtraCare, to help relieve the strain on the care service.

She worked at the home for 18 months before becoming an MP and had been donating her wages to the local Covid-19 relief fund.

Beth Winter and Olivia Blake, who like Ms Whittome were aides to shadow ministers, have also been removed from their positions, party sources confirmed.

Ms Whittome tweeted on Thursday: “This morning the leader of the Opposition’s office called me to confirm that I have been stood down from my role as parliamentary private sectary to the shadow health secretary, Jonathan Ashworth, following my vote against the Overseas Operation Bill.”

The tweet read: “Labour whips are understood to consider three of the party’s PPS’ to have resigned tonight as a result of voting against the Overseas Operations Bill.

“Beth Winter, Nadia Whittome and Olivia Blake voted against after being told to abstain. They join 16 other Labour rebels.”

Ms Whittome denied this, telling the presenter: “I have not resigned.”

Peston then asked whether she “expected to be asked to resign,” she struggled to respond to that question, saying: “Well, um…”

Peston continued: “The whip was that you should all abstain, but you voted with Jeremy Corbyn against this bill.”

Whittome then explained: “There was a one-line whip to abstain. I thought the bill was a matter of conscience.

“I understand why colleagues came to a different conclusion and thought they could amend it at committee stage. That is reasonable.

“But I thought that, given all the major human rights organisations, like Amnesty and Human Rights Watch, and even the British legion, opposed this bill.

“It is anti-veteran, anti-human rights, and would effectively decriminalise torture – and that’s why I voted against it.”

In response to her sacking she tweeted a thank you for messages of support and a statement on the matter.

There was an outcry on social media

One Twitter wrote: “I prefer the carer who spoke out against PPE shortages to the human rights lawyer who refused to vote against war crimes. Give me Nadia Whittome over Sir Keir Starmer any day.”

Poet Matt Abbott Tweeted: “The fact that Nadia was one of only 18 Labour MPs who voted against #OverseasOperationsBill makes me sad. The fact that she was sacked for doing so makes me angry. This isn’t the party that I want to champion.”

Another user was cornered about what was happening to Labour Tweeting: “Absolute solidarity with Nadia Whittome who has basically been sacked for voting against war crimes. I almost can’t believe what has happened to Labour.”

“Nadia Whittome is the youngest MP. She donates £45,000 of her salary to charity because she thinks it’s important for lawmakers to remember what living on a normal salary is like. She scrubbed up as a careworker during the pandemic. We should all be more like @NadiaWhittomeMP.”

“The moment nadia whittome is told live on air that she’s apparently resigned from the shadow cabinet, a week after it was revealed her former employer wrongly dismissed her for highlighting PPE shortages. this is *deeply* shameful.”