Reverend James Thomas said that the man was “not at all mentally very well”, adding that he hopes the suspect “receives the help he requires”. 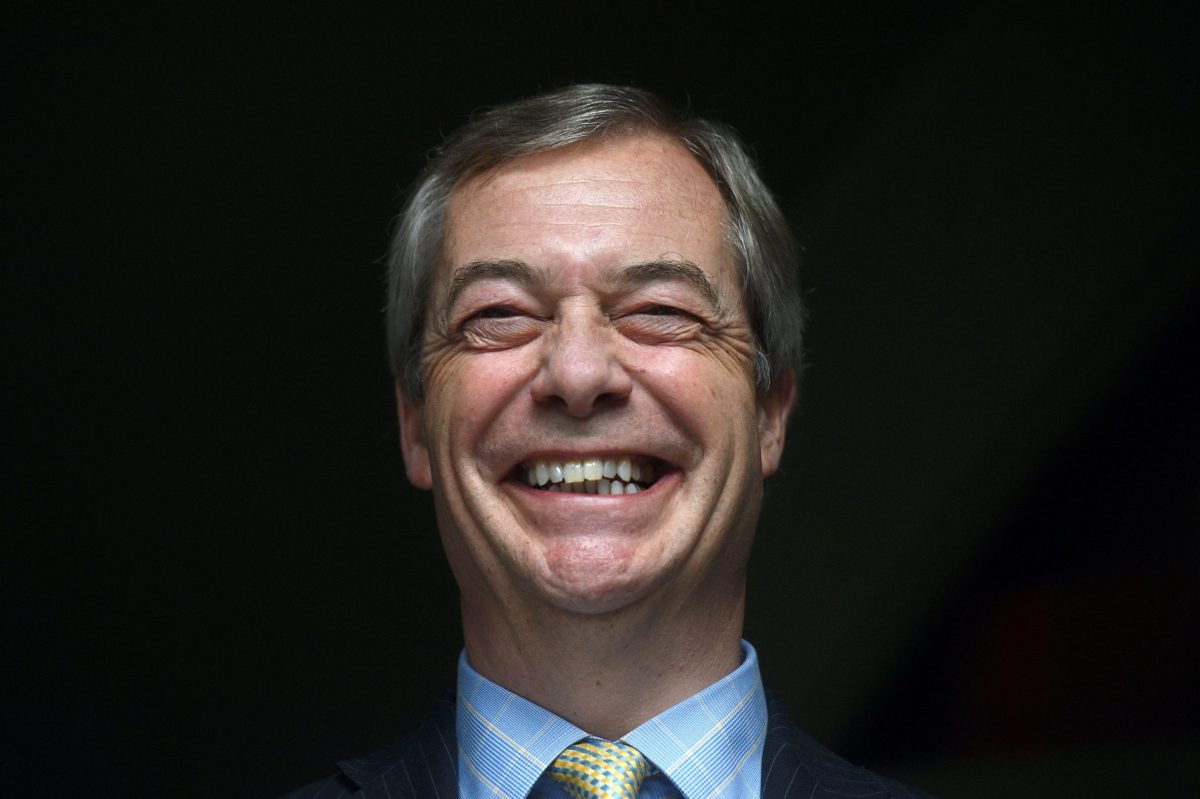 Nigel Farage has been ridiculed for claiming Britain’s “culture is under assault”, after misleadingly tweeting a video of the “desecration of a London church”.

In the video, a man can be seen attempting to tear the cross of a baptist church in east London. He can be seen ripping at the large wooden crucifix after climbing the roof of Chadwell Heath Baptist Church, hanging his parka on the cross as he attempts to tear it free.

It soon emerged that the church’s vicar had apprehended the man and held him until police arrived.

That didn’t stop Farage, the former leader of the Brexit Party and Ukip, intervening. “We are a Christian country and our culture is under assault. Our archbishops are complaining about Brexit yet say nothing of about the desecration of a London church,” he tweeted.

But, writing on Facebook, Reverend James Thomas said that the man was “not at all mentally very well”, adding that he hopes the suspect “receives the help he requires”.

“Yes, the cross was vandalised,” he wrote. “However, when I caught him it became apparent very quickly that he was not at all mentally very well. We retrieved the cross and he didn’t harm himself or anyone else – he could so easily have fallen off the roof which wouldn’t have been good.

“The police responded very quickly and took him into custody where he will be professionally assessed and hopefully receive the help he requires.

“It was frustrating to have the church vandalised but material things can be fixed with ease. Had he lost his life that would have been tragic.”

More than 1.6 million people have watched the video on Twitter. Khayer Chowdhury, a Labour councillor, tweeted:  “This is unacceptable behaviour and if applicable, should be treated as a hate crime. I am glad to hear police have already arrested a male.

“Everyone is rightfully outraged but we should now give detectives the space to investigate this case. Please do not speculate.”

A Met Police spokesman said officers were called to High Road, Chadwell Heath, at 2.20pm on Sunday to reports of criminal damage.

He said: “It was reported that a man had tried to rip a cross off of a church roof.

“A man was arrested at the scene on suspicion of criminal damage. He has been taken into custody. The cross was recovered.”