David Lammy asked if those who had resigned were wrong, adding: “If not, can I ask him how he can turn up in this House with a straight face after voting to betray his oath and break the law?” 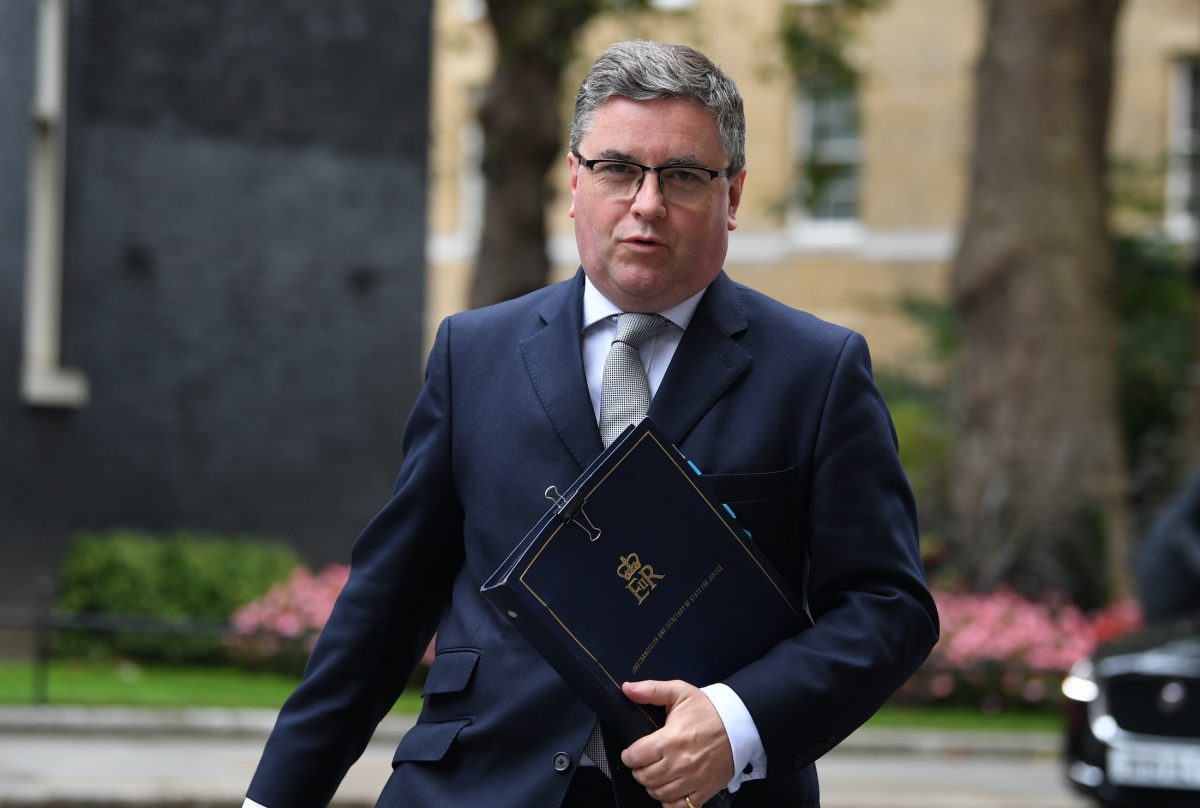 Robert Buckland reacted angrily in the Commons as he came under fire from opposition MPs over controversial sections of the United Kingdom Internal Market Bill, which the Government itself has acknowledged will break international law.

Shadow justice secretary David Lammy and Buckland clashed over the matter in a feisty debate over the issue.

The Government’s plan to alter the Bill has come under heavy criticism, including from the United States. Rep. Nancy Pelosi, Speaker of the United States House of Representatives, has warned that Britain will be unable to secure a trade deal with the US if it does anything to undermine the treaty that brought peace to Northern Ireland after decades of violence.

Germany’s Deputy Foreign Minister Michael Roth slammed the U.K.’s strategy in Brexit talks, saying that the lack of progress is disappointing and that a recent bill that seeks to override parts of the divorce agreement is unacceptable.

However, the Justice Secretary has “no qualms” with Government plans to override the Brexit divorce deal, despite warnings he is failing to uphold the rule of law.

Prime Minister Boris Johnson has faced criticism domestically and on the world stage for pursuing legislation that would defy the Withdrawal Agreement brokered with the EU last year.

He has been forced to agree to table an amendment to the Bill, giving MPs a vote before the Government can use the powers related to Northern Ireland which would breach the treaty.

The Government argues the changes are required to protect the relationship between Great Britain and Northern Ireland.

Speaking in the Commons, shadow justice secretary David Lammy said Mr Buckland had taken an oath in 2019 – as part of his role as Lord Chancellor – to respect the rule of law.

Mr Lammy then highlighted resignations linked to the legislation – including Lord Keen of Elie who quit as Advocate General for Scotland.

He asked if those who had resigned were wrong, adding: “If not, can I ask him how he can turn up in this House with a straight face after voting to betray his oath and break the law?”

Mr Buckland described it as a “very serious allegation”, stressed his belief in the oath and noted: “I have done everything I possibly can, consistent with that oath, to make sure that this Government acts in a way that is consistent with the rule of law.

“That is what is happening, this House is directly involved quite properly in these deliberations, amendments are being made to this Bill as we speak, and the contingency in which these exceptional provisions are to be used have been clearly set out.

“These are unprecedented times, we do not want to see a breach in any obligations either by us or by the EU but it would be irresponsible if we did not make those necessary preparations.

Mr Lammy said the Bill breaches international law but is also a “flagrant attack” on the rule of law at domestic level.

He told Mr Buckland: “I say to the Lord Chancellor, he is an esteemed barrister, he swears to a code of conduct, does he not now risk bringing the profession into disrepute by breaching that code of conduct?”

Mr Buckland said he found it “extraordinary” that Mr Lammy had raised the code of conduct in these matters, explaining he acts as an MP and a minister.

He added: “Every member of the Government is obliged to follow the rule of law, it’s very clear, I take a particular oath to uphold that and defend the judiciary.

“I have absolutely no qualms with what has been happening.

“I have worked extremely hard to make sure this House is fully involved, and I say to him that the idea this, the passage of this Bill, is a breach of UK domestic law is just plain wrong.”

Conservative former minister Sir Bob Neill earlier said the compromise amendment accepted by the Government would not have happened without backbench pressure and Mr Buckland’s “very close personal and direct involvement in making changes to the Bill” to ensure they are committed to the rule of law.

Mr Buckland said the Commons has a “lock” on the matters, adding: “I think the way is much clearer and much more satisfactory.”

The Bill undergoes its final day of scrutiny at committee stage on Tuesday.