Boris Johnson’s vehicle was leaving Parliament when the incident happened. 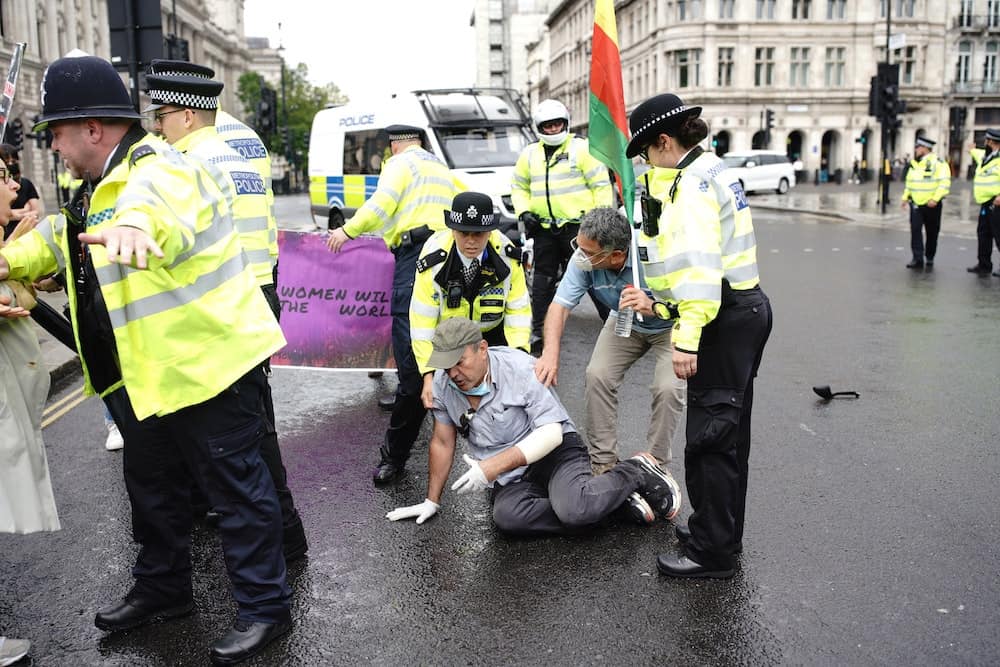 Boris Johnson’s convoy was targeted by a protester as the Prime Minister left the Palace of Westminster.

The demonstrator, who had been protesting about Turkish action against Kurdish rebels, ran into the road outside the gates to Parliament.

This forced the lead vehicles in the convoy – a police motorbike and the Prime Minister’s Jaguar – to stop, with a support vehicle running into the back of the luxury saloon carrying Mr Johnson.

The vehicles drove off shortly afterwards in the direction of Downing Street, with a large dent visible on the rear of the Jaguar.

Downing Street said there were no reports of anyone being injured in the incident.

The protester was detained by police and taken into the Palace of Westminster by officers.