“We'll shut it down until we can figure out what's going on.” 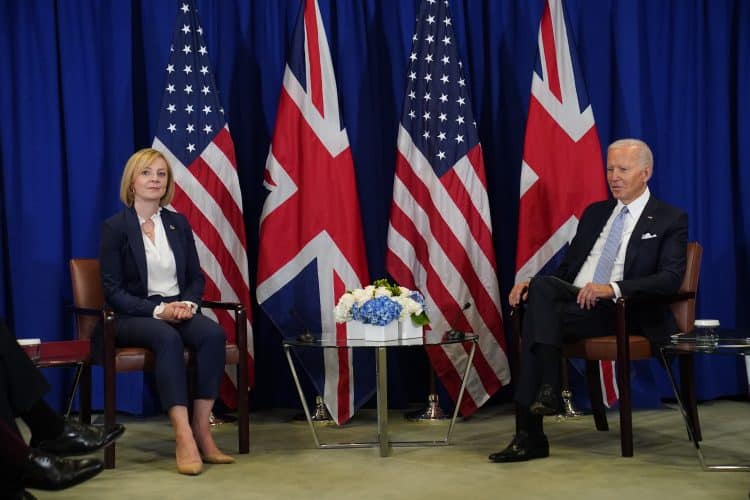 The age-old ‘special relationship’ tag used to describe the UK’s relationship with America could be put to bed following Liz Truss’s trip to the States.

In his first meeting with the prime minister on Wednesday, Joe Biden told Truss: “You’re our closest ally in the world” following suggestions the PM is not overly keen on the term.

The White House later denied that the term had been “retired”.

A senior official at first appeared surprised to hear reporters suggest that Truss finds the phrase “a little bit demeaning”.

“Demeaning of who?” replied the official, adding: “I mean, Joe Biden didn’t invent the phrase.”

The official later quipped: “We’ll shut it down until we can figure out what’s going on.”

The idea of abandoning the term “special relationship” was first mooted by Boris Johnson, who was reported to believe it made the UK appear “needy and weak”.

Downing Street later confirmed that the then-prime minister “prefers not to use the phrase”, while stressing it “in no way detracts” from the importance of Britain’s relationship with its closest ally.

The White House said Biden had a “candid” discussion about the Northern Ireland Protocol, with the US president insisting it be kept and is a matter of “personal importance”.

But officials said later that Mr Biden did not use a possible trade deal to threaten Truss over Northern Ireland.