In a series of tweets early on Friday morning, Ms von der Leyen said the sanctions show ‘how united the EU is’. 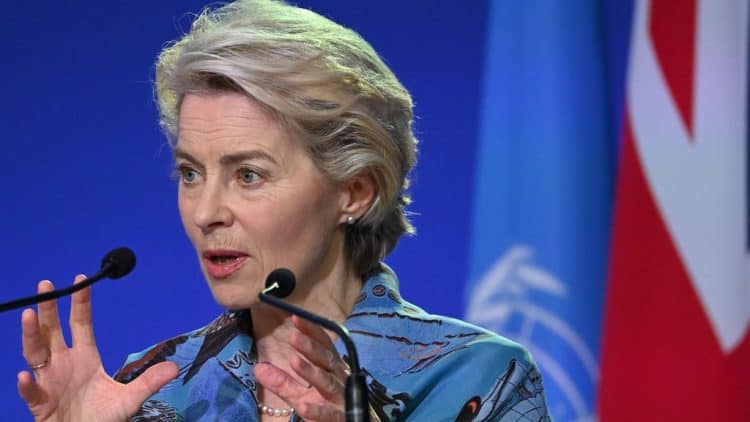 In a series of tweets early on Friday morning, Ms von der Leyen said the sanctions show “how united the EU is”.

She said: “First, this package includes financial sanctions, targeting 70 per cent of the Russian banking market and key state owned companies, including in defence.

“Second, we target the energy sector, a key economic area which especially benefits the Russian state. Our export ban will hit the oil sector by making it impossible for Russia to upgrade its refineries.

“Third: we ban the sale of aircrafts and equipment to Russian airlines.

“Fourth, we are limiting Russia’s access to crucial technology, such as semiconductors or cutting-edge software.

“Finally: visas. Diplomats and related groups and business people will no longer have privileged access to the European Union.

She added: “These events mark the beginning of a new era. Putin is trying to subjugate a friendly European country. He is trying to redraw the map of Europe by force. He must and he will fail.”

It comes after Prime Minister Boris Johnson on Thursday announced the “largest and most severe” package of sanctions Russia has ever faced to punish “blood-stained aggressor” Vladimir Putin.

Among the new UK sanctions introduced were measures to hit five further oligarchs, including the Russian president’s former son-in-law, and to target more than 100 businesses and individuals.

Mr Johnson said he was sanctioning “all the major manufacturers that support Putin’s war machine”, will ban Aeroflot from touching down planes in the UK and will freeze the assets of all major Russian banks, including immediately against VTB.