Boris builds ties with Qatar as Britain prepares for life after Brexit. 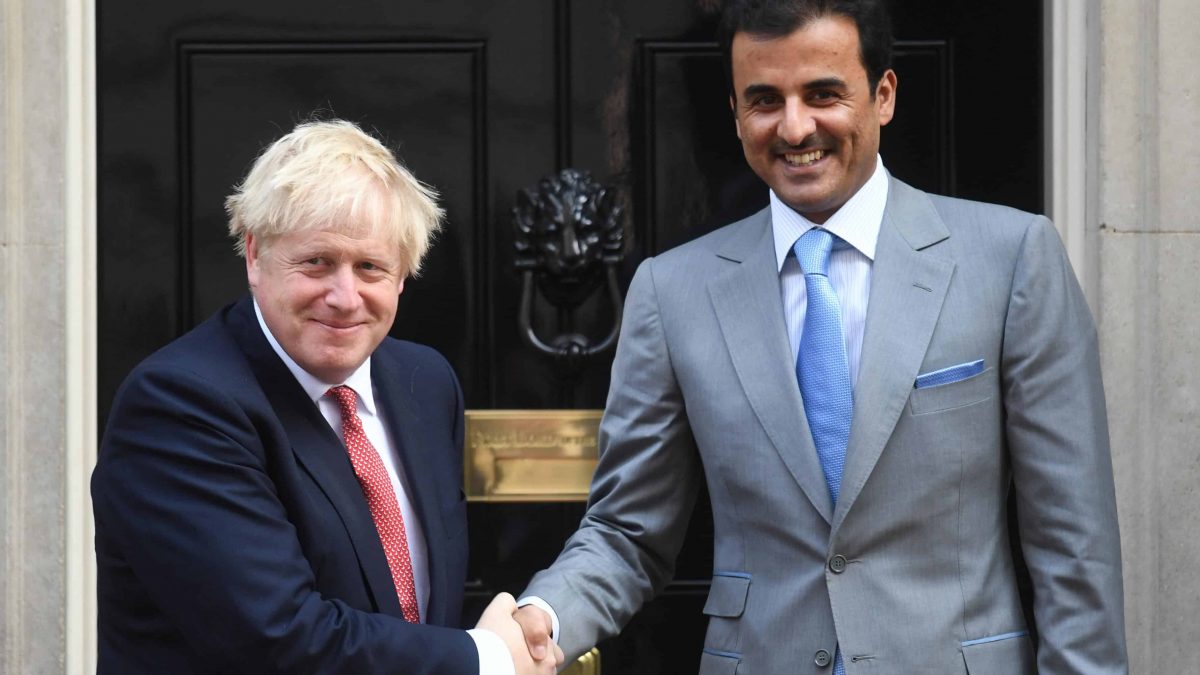 The UK’s relationship with Qatar is going from “strength to strength,” Prime Minister Boris Johnson has said.

He was speaking as he welcomed the Emir of Qatar to Downing Street for bilateral talks.

Boris is looking to build ties with countries outside of Europe as Britain prepares for life after Brexit.

Mr Johnson said: “The whole of this capital city is landmarked with symbols of that relationship, I am proud to say.”

Sheikh Tamim bin Hamad al Thani said he was “excited” to attend the meeting, which he hoped would bolster the “very strong relationship” which exists between the two nations.

The talks touched on strengthening strategic relations and bilateral co-operation in various fields of partnership.

But the meeting comes just a year after several Arab countries cut diplomatic ties with Qatar, accusing it of destabilising the region.

The governments of Saudi Arabia, Bahrain, the United Arab Emirates and Egypt suspended air and sea travel to and from Qatar in 2018.

The official Saudi Press Agency cited officials as saying the decision was taken to “protect its national security from the dangers of terrorism and extremism”.

Qatar is due to host the FIFA football World Cup in 2020.