Labour leader Sir Keir Starmer used his message to warn that the UK ‘needs to change’ as he looked back on a ‘very tough’ year. 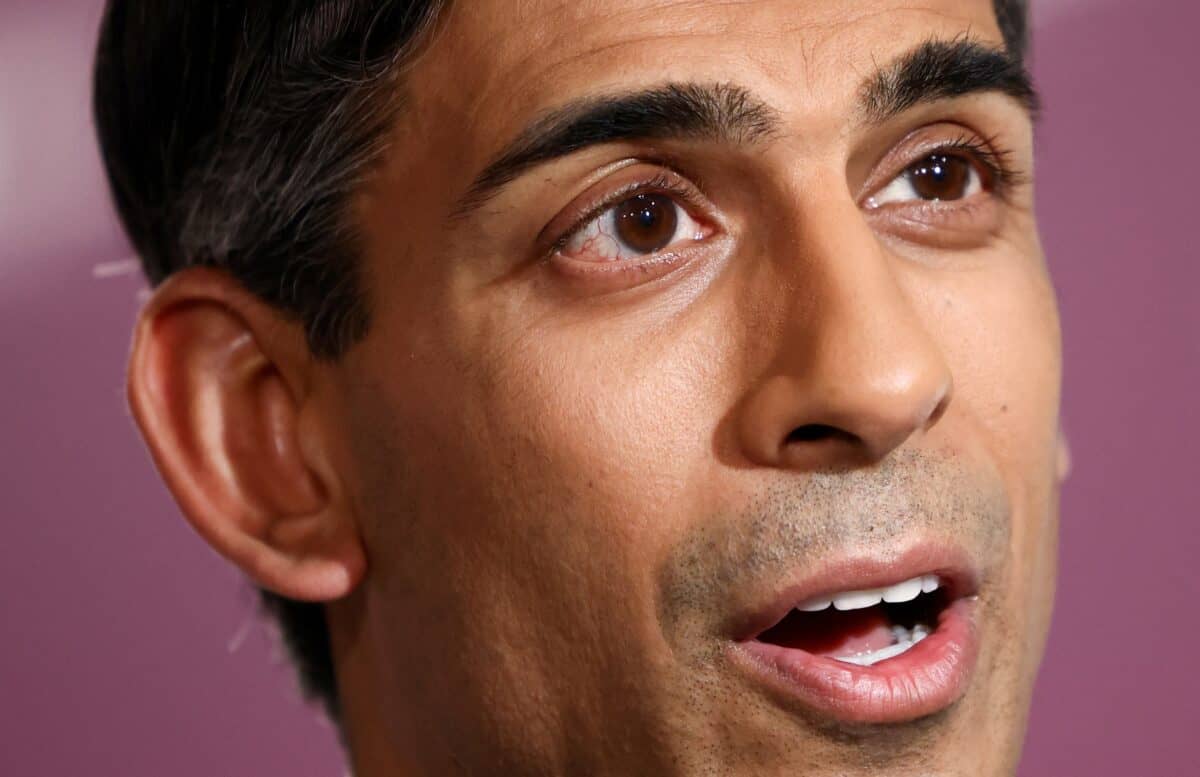 Rishi Sunak has warned that the UK’s problems will not “go away” in 2023 after a “tough” 12 months, as he delivered his New Year message.

The Prime Minister, in his message to the public after a turbulent year in British politics, promised that the “very best of Britain” will be on display in the coming months as the country continues to support Ukraine in its war against Russia.

Sunak also looked ahead to the King’s coronation on May 6, as he predicted that the crowning of the monarch would bring the country together.

Describing the last year as “tough”, he said: “Just as we recovered from an unprecedented global pandemic, Russia launched a barbaric and illegal invasion across Ukraine.

“This has had a profound economic impact around the world, which the UK is not immune to.

“Now, I know many of you have felt that impact at home. That’s why this government has taken difficult but fair decisions to get borrowing and debt under control.

“And it’s because of those decisions that we’ve been able to help the most vulnerable with the rising cost of energy bills.”

“I’m not going to pretend”

Sunak, who entered Number 10 in October after the short-lived Liz Truss administration, said: “Three months ago, I stood at the steps of Downing Street and promised I would work relentlessly on the things that matter most to you.

“Since then, this government has taken decisive action to back our NHS with record resources to tackle the backlogs – more funding, more doctors, and more nurses.

But the Prime Minister offered a clear message about the challenges that remain at home and abroad in 2023.

He said: “I’m not going to pretend that all our problems will go away in the new year.

“But 2023 will give us an opportunity to showcase the very best of Britain on the world stage, continuing to stand with our Ukrainian friends against Putin’s brutality, and defending freedom and democracy wherever we find it under threat.”

Turning to the coronation, he said the UK would “come together with pride in everything that makes this country great”.

He added: “Yes, 2023 will have its challenges, but the Government I lead is putting your priorities first.”

Labour leader Sir Keir Starmer used his New Year message to warn that the UK “needs to change”, as he too looked back on a “very tough year”.

Sir Keir, who enters 2023 with his party still polling ahead of the Conservatives, reflected on the death of the Queen and the Lionesses’ Euro 22 success in his message to the country.

He said the UK must continue to support Ukraine and called the next year a “new chapter” for the country ahead of the coronation.

Labour’s case for a “new Britain”

Sir Keir said his party will continue to make the case for a “new Britain” that would fix struggling public services and “grow the economy for everyone”.

“For hope to flourish, Britain needs to change. The way working people are struggling this winter, the way our public services are on the brink, demands nothing less.

Promising to “restore faith” in politics as a “force for good”, he said: “For Britain to become a fairer, greener, more dynamic country – we need a completely new way of doing politics.

“After everything we’ve been through together, that’s what Britain deserves.”

Liberal Democrat leader Sir Ed Davey echoed the message that times are “tough” but said the new year was an “opportunity to turn the page and look ahead”.

“Although things are tough for millions, I sense change is possible – so I look to the new year with hope and optimism,” he said.