Brexit-related trade barriers have knocked Britain out of the top 10 for the first time since 1950. 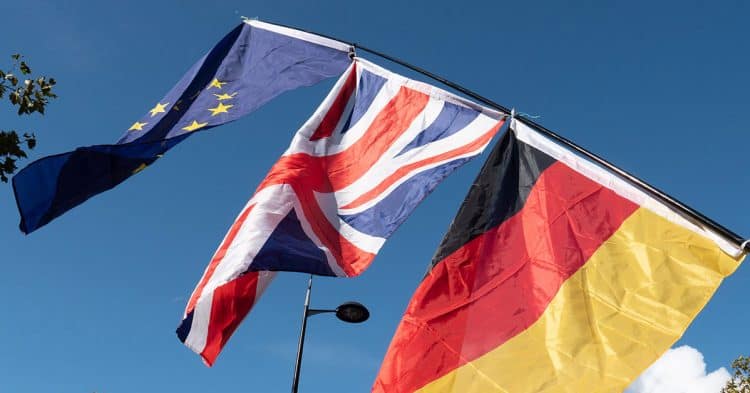 The UK is set to lose its status as one of Germany’s top 10 trading partners this year for the first time since 1950, Reuters has reported.

While German goods exports to Britain rose 2.6 per cent to 32.1 billion euros, that could not prevent a decline in bilateral trade, by 2.3 per cent to 48.2 billion euros – pushing Britain down to 11th spot from ninth, and from fifth before it voted to leave the EU in 2016.

Michael Schmidt, president of the British Chamber of Commerce in Germany, said an increasing amount of small and medium-sized companies are ceasing to trade (in Britain) because of Brexit-related hurdles.

In both May and June, bilateral goods trade between Germany and the UK remained below end-2019 levels – in contrast with every other major German trade partner.

“Many small companies simply can’t afford the extra burden of keeping up to date and complying with all the kicked-in customs rules such as health certificates for cheese and other fresh products,” Schmidt said.

But the new trade realities had harmed British companies even more than German ones, which were more used to dealing with different customs regimes around the world as many had been exporting to various non-European countries for decades.

“In Britain, the picture is different,” Schmidt said, adding that many small firms there had exported mainly to the EU so had to start from scratch when confronted with new customs controls.

“For many small British firms, Brexit meant losing access to their most important export market… It’s like shooting yourself in the foot. And this explains why German imports from Britain are in free-fall now.”