David Frost said that a delay would “keep us bound by evolving EU laws at a time when we need to control our own affairs". 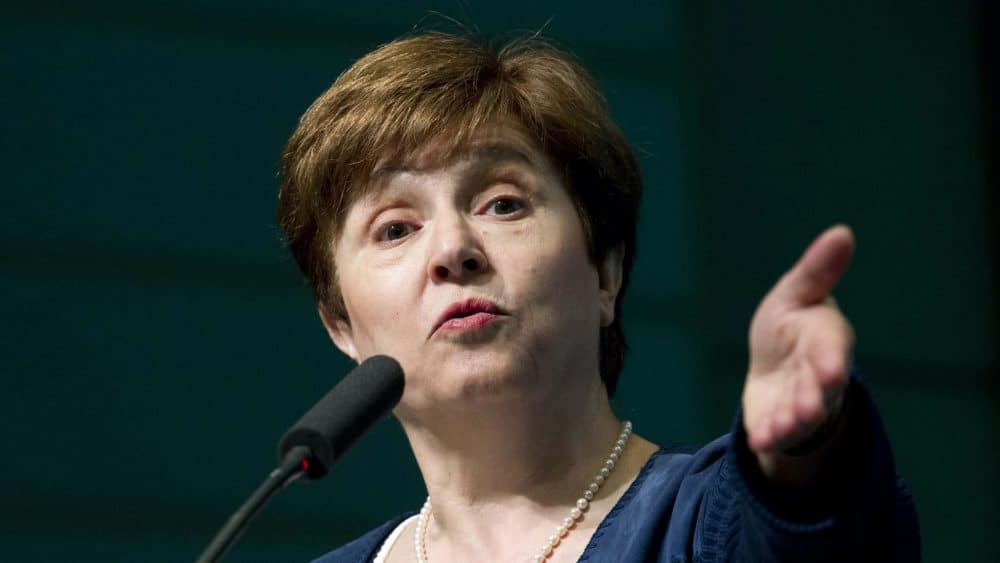 The UK government has ruled out a Brexit extension today following pleas from the managing director of the International Monetary Fund.

Kristalina Georgieva said a delay to Brexit would avoid adding to the global economic uncertainty, but her warnings fell on deaf ears.

“We will not ask to extend the transition period, and if the EU asks we will say no,” the prime minister’s spokesman said today.

“Extending the transition would simply prolong the negotiations, prolong business uncertainty, and delay the moment of control of our borders,” he said.

“It would also keep us bound by EU legislation at a point when we need legislative and economic flexibility to manage the UK response to the coronavirus pandemic.”

The government’s view is that it will be able to act more freely to support the British economy from the after-effects of the pandemic without having to follow EU rules, an argument which has been shunned by EU diplomats.

One told The Times:

“I cannot see how they would see their flexibility constrained to tackle the coronavirus, should they still be in transition.

“The commission has opened all the floodgates for national actions and stimulus activities.”

“We need to control our own affairs”

David Frost, the UK’s Brexit negotiator, tweeted that a delay would “keep us bound by evolving EU laws at a time when we need to control our own affairs. In short, it is not in the UK’s interest to extend.”

European Commission sources noted that “EU rules are probably the most flexible they’ve ever been” in this crisis.

A European diplomat said: “As so often in the past these comments seem to be for domestic consumption, rather than us in the EU.”

“So it’s probably the best situation they could hope for to get this done. Why not take the hit now and bank on any unilateral EU or bilateral national measures to alleviate the worst effects? And then trust that a modern service economy will come out of the crisis quicker that the more traditional economies of the eurozone.”

Shadow Scottish secretary Ian Murray called for an “immediate” extension to the Brexit transition period due to the coronavirus outbreak.

In a letter to Scottish Secretary Alister Jack, Mr Murray said “this is not a time for constitutional politics”, adding the Government focus should be on tackling Covid-19.

The transition period for the UK leaving the EU expires on December 31, with a deadline to request an extension set for June 30.

Mr Murray wrote: “I note that Scottish Conservative and Unionist leader Jackson Carlaw MSP has called for a ‘pragmatic response’.

“The pragmatic response for the UK Government is to urgently apply for an extension to the transition period.

“This is not a time for constitutional politics and business do not need any more uncertainty.”