"Wales chose Mark Drakeford as their leader. An intelligent, thoughtful, principled, decent and compassionate politician. England should give it a try." 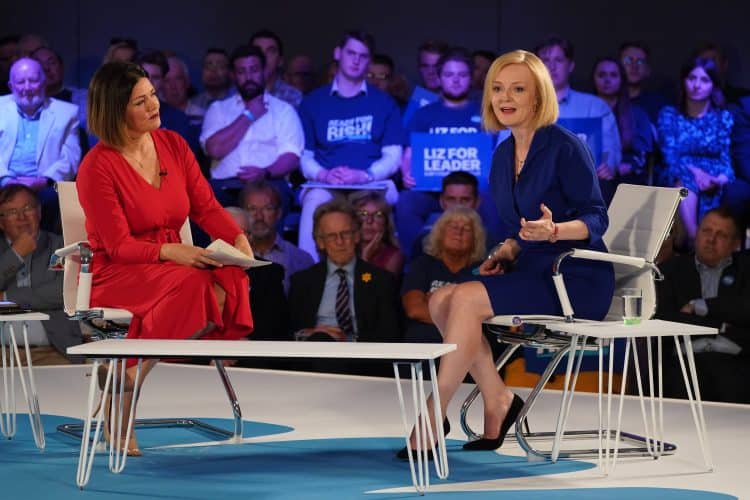 It comes after she said Scottish First Minister Ms Sturgeon was an “attention seeker” who is “best ignored” at a hustings event in Exeter on Monday.

During the event in Wales, Ms Truss said: “The fact is there are too many people in this country who are ashamed of our history, who talk our country down, who say the best days are behind us. They are completely wrong. I’m afraid one of them is Mark Drakeford.”

Referring to his decision in 2019 to scrap the M4 relief road, a dual three-lane motorway south of Newport which was proposed to relieve congestion, she added: “Whether it’s stopping the M4 relief road, whether it’s whacking a tax on our tourist industry, I will crack down on his negativity about Wales and about the United Kingdom.

Asked during the hustings if she would ignore Mr Drakeford like Ms Sturgeon, Ms Truss said: “I think it’s a very different situation in Scotland and Wales.

“Because what’s happening in Scotland is the entire resources of the Scottish Government are being used to run essentially an independence campaign, and I think that is grossly irresponsible.

“The Scottish Government are not delivering for the people of Scotland, Nicola Sturgeon is spending her time agitating for independence.”

Mr Drakeford previously said his Cabinet had decided not to back the project due to demands on the Welsh Government’s budgets and its financial position, saying the cost involved “was not acceptable”.

During Monday’s hustings, Ms Truss made her remarks about the Scottish First Minister in relation to her push for another Scottish independence referendum in October 2023.

Deputy First Minister John Swinney said the attack on Ms Sturgeon from someone hoping to be the next occupant of No 10 is “completely and utterly unacceptable”.

Related: It appears Truss has a problem with solar panels but not fracking