“I recognise there has been disruption but it was really, really important we were able to get help to families as soon as possible." 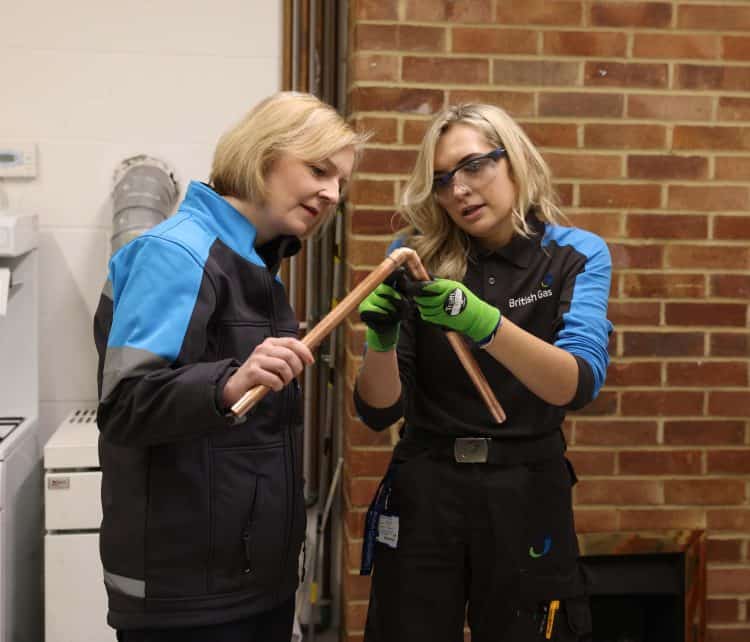 Liz Truss has admitted Chancellor Kwasi Kwarteng’s mini-budget caused “disruption” but insisted they were right to act to get the economy moving and to protect families from soaring energy bills.

As Tories prepared to head to Birmingham for their annual conference, the Prime Minister warned the country faced a “difficult winter” ahead as she indicated she had no plans to reverse her tax-cutting agenda.

“I recognise there has been disruption but it was really, really important we were able to get help to families as soon as possible,” she said in a pooled interview with broadcasters on Friday.

“This is going to be a difficult winter and I am determined to do all I can to help families and help the economy at this time.”

Her comments came at the end of a tumultuous week which saw the pound slump to an all-time low against the dollar and the Bank of England forced to spend billions buying up government debt to prevent a collapse of the pensions industry.

The sell-off of sterling prompted fears that millions of mortgage holders could face crippling rises in their repayments as the Bank moves to ratchet up interest rates to shore up the currency and put a lid on inflation.

Writing in The Daily Telegraph, the Chancellor insisted he will produce a “credible plan” to get the public finances back on track with a “commitment to spending discipline”.

“The British taxpayer expects their Government to work as efficiently and effectively as possible, and we will deliver on that expectation,” he said.

“Not all the measures we announced last week will be universally popular. But we had to do something different. We had no other choice.”

The turmoil erupted after markets took fright at Mr Kwarteng’s £45 billion package of unfunded tax cuts – the biggest in 50 years – while committing billions to capping energy bills for the next two years.

With the Tories tanking in the opinion polls – one showed Labour opening up a hitherto unthinkable 33-point lead – some Conservative MPs have been pressing for a change of course.

Despite having been in Downing Street for less than a month, some have questioned whether Ms Truss can now survive to the end of the year as the party has seen its reputation on the economy shredded.

The Prime Minister, however, insisted that Mr Kwarteng was right to cut taxes as part of their plan to drive up the UK’s sluggish rate of economic growth.

“What is important to me is that we get Britain’s economy back on track, that we keep taxes low, that we encourage investment into our country and that we get through these difficult times,” she said.

With some analysts warning of a squeeze on public spending to get debt under control, the Prime Minister again refused to commit to the annual uprating of benefits in line with inflation – something Rishi Sunak had promised to do when he was chancellor.

Pressed in her interview, Ms Truss said only that it was “something the Work and Pensions Secretary (Chloe Smith) is looking at”.

She added: “What is important to me is that we are fair in the decisions we make, but most importantly that we help families and businesses at this very difficult time with their energy prices.”

A key ally of the Prime Minister, Levelling Up Secretary Simon Clarke, however, went further suggesting the Government was looking to shrink the overall size of the state.

“I think it is important that we look at a state which is extremely large, and look at how we can make sure that it is in full alignment with a lower tax economy,” he told The Times.

Mr Kwarteng is due to publish a medium-term fiscal plan setting out how he intends to get debt falling as a proportion of GDP alongside an updated set of economic forecasts from the Office for Budget Responsibility (OBR) on November 23.

The absence of new projections from the independent OBR was seen as one of the key reasons why the markets reacted so badly to the Chancellor’s mini-budget.

Some Tory MPs have been pressing him to bring forward the date of publication so as to restore market confidence in the Government.

After a highly unusual meeting on Friday with both the Prime Minister and the Chancellor, the head of the OBR, Richard Hughes, confirmed they would deliver their preliminary forecasts to the Treasury at the end of next week.

However, Mr Kwarteng has made clear that he wants to stick to the November 23 date to allow ministers to set out a series of supply side reforms to support the growth plan.

“The fact the green belt is larger today than it was when Margaret Thatcher came to power is an extraordinary state of affairs,” he said.

“We need to look at a planning system where we make sensible adjustments which don’t threaten communities and most fundamentally are about going with popular consent, and actually creating incentives that allow local areas to back growth.”