Tory MP shut down by Victoria Derbyshire for ‘ignoring questions’

"I’m going to stop you there. Because every question I ask, you are ignoring", the BBC presenter said. 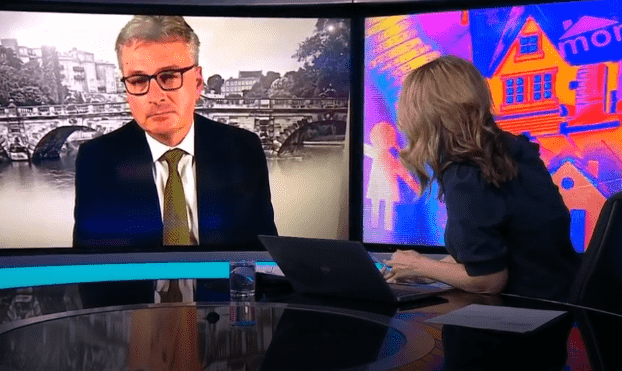 Backbencher Daniel Kawczynski was grilled by Victoria Derbyshire on Thursday’s episode of Newsnight about the effects of the contentious mini-budget, when a £45 billion package of tax cuts threw the markets into a tailspin.

A question about apologising for the pound’s depreciation was brushed aside before Derbyshire explained how people were experiencing “absolute anxiety” because of the government’s “unfunded” plans, which included “no details, no independent scrutiny… no idea of how you will pay back the shed loads of borrowing.”

“The £45 billion that the chancellor (Kwasi Kwarteng) has announced in tax cuts are extremely important, it is an essential tool,” Kawczynski responded. The sticking plasters provided by (former chancellor) Rishi Sunak have proven ineffective and insufficient. To avoid a recession, a radical step needed to be taken.”

Related: Calls to have Richard Bacon on Question Time every week following these comments