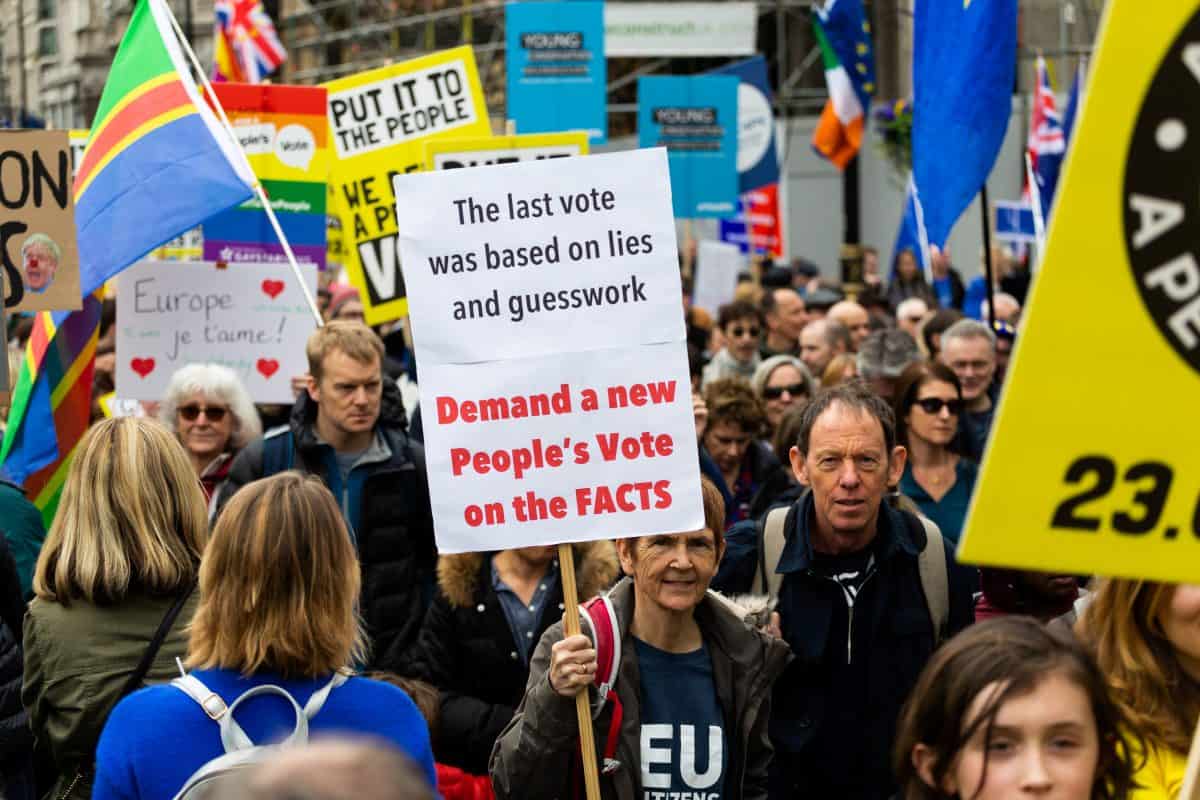 Pro-EU Labour MPs have cautiously welcomed moves by trade union leaders to back a second referendum on any Brexit deal.

A meeting of general secretaries of some of the party’s biggest affiliated unions agreed to support a public vote on any deal agreed by a Tory prime minister, with an expectation Labour would campaign for Remain.

Should Labour win an election before Brexit, they said it should negotiate a new deal with Brussels, which would then be put to the public in a confirmatory vote.

In such a referendum, the party’s position would depend on the position it has negotiated in talks with the EU.

Deputy leader Tom Watson, who has been at the forefront of a campaign to get Labour to fully embrace a new public vote, said it was a “step in the right direction”.

“Today is a step in the right direction but our members and supporters are clear that any kind of Brexit gives us less than we have now and Labour should not support it.”

Among the leaders present was Unite general secretary Len McCluskey, a key ally of Jeremy Corbyn, who has previously resisted calls for a second referendum.

The meeting will add to the pressure on Mr Corbyn to change tack on Brexit, following its dismal showing in the European elections in May.

The Labour leadership has been reluctant to fully embrace a second referendum fearing it will cost the party support in Leave-voting areas in its traditional heartlands in the North and Midlands.

But leader Jeremy Corbyn had vowed to consult with unions about Labour’s Brexit stance, which suggests he may have to heed the advice of the large source of the party’s income.

There is growing frustration in the shadow cabinet that Labour’s current position – backing a second referendum only in certain specific circumstances – is not understood by voters.

At the weekend shadow chancellor John McDonnell – normally a loyal ally of Mr Corbyn – warned the party had to decide on its Brexit policy “sooner rather than later” as a new prime minister could call a snap election.

He said the party’s attempt to bridge the gap between Leave and Remain voters had failed and that he would vote to stay in the EU in another referendum and “would want to campaign for Remain”.

His interventions come after other senior figures including shadow home secretary Diane Abbott and shadow foreign secretary Emily Thornberry have voiced misgivings over the party’s position.

“The unions seem to have moved to a position to support Liberal Democrat policy to stop a Tory Brexit. However, a Labour Brexit would be no better,” he said.

“Labour must rule out their Brexit-supporting leader negotiating their own Brexit deal.”