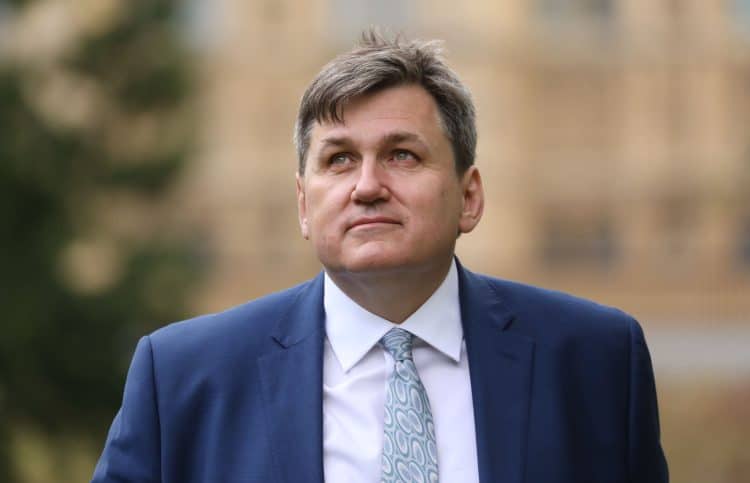 MPs’ salaries rise to £84,144 on Friday, up by 2.7 per cent after the Independent Parliamentary Standards Authority (Ipsa) – which sets MPs’ pay – announced last month that salaries would go up for the first time in two years.

Richard Lloyd, Ipsa’s chair, said it was “right” that MPs are “paid fairly”, particularly with their work “dramatically” increasing in the past 12 months.

But it comes on the same day that the biggest jump in domestic energy bills in living memory has come into effect, and days before national insurance contributions will increase by 1.25 percentage points.

He said: “We completely acknowledge that a combination of factors has meant that prices are rising significantly, energy prices in particular, driven by a variety of factors – post-pandemic, the war in Ukraine, other kinds of global factors outside of our immediate control – and it is tough.

“For those of us who have a smart meter, as we do here in my house, we can see how much it is costing us on an hourly basis, and it is not happy reading.”

Conducting broadcast interviews with a fire on in the background, the minister told LBC: “Obviously the day-to-day is quite tricky. As you know, I’ve got children. They need to be fed and that cost is rising.

“My fuel prices are rising quite significantly, and I have to say that in my constituency I’m on oil central heating still, sadly.”

The Conservative MP for North West Hampshire continued: “Oil, I’m afraid to tell you, doesn’t come under the energy price cap, and lots of people in rural areas are suffering from the oil price rise.

“So we are feeling it very significantly. I have to confess to you, we did convert last year to electric vehicles, so we are feeling the electric price but not through the petrol. So it is a challenge for everybody.”

Malthouse said he had attempted to log on to his energy provider’s app on Thursday as millions tried to give meter readings before the price rise came into effect, but found it “wasn’t working either”.

Labour leader Sir Keir Starmer said people do not “want a revolution” – they want to be able to afford food and their energy bills.

Speaking to Sky News, he said the government does not get “the scale of the problem for millions and millions of people”.

He added: “People don’t want a revolution. They do want to know ‘how am I going to pay my energy bill which has just gone up today by hundreds of pounds’.

“For people to make a choice between heating and eating – in 21st century Britain what people want to know is, is the Labour Party, does it understand those worries? The answer is yes, we do.”

He branded the government’s response to the cost-of-living crisis as “pathetic” and said its decision to hike national insurance rates is “the wrong tax at the wrong time”.