Ukraine's state power company said Russian soldiers had been subjected to "significant doses" of radiation at the site. 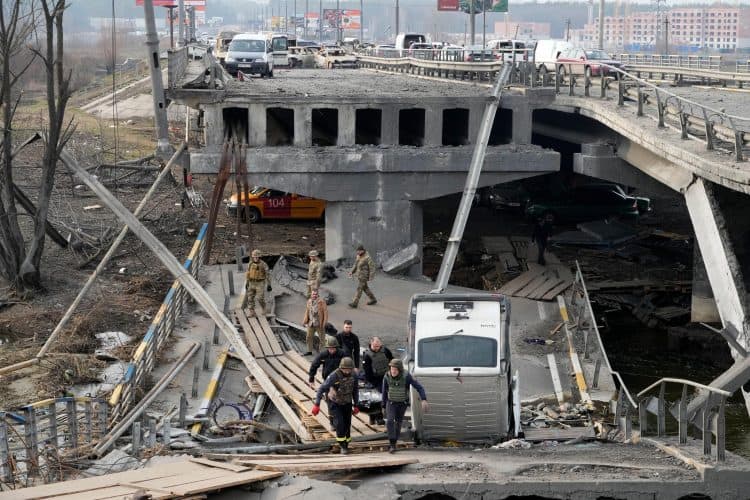 Russian troops left the heavily contaminated Chernobyl nuclear site early Friday after returning control to the Ukrainians, authorities said, as eastern parts of the country were braced for renewed attacks and Russians blocked another aid mission to the besieged port city of Mariupol.

Ukraine’s state power company, Energoatom, said the pull-out at Chernobyl came after soldiers received “significant doses” of radiation from digging trenches in the forest in the exclusion zone around the closed plant, although there was no independent confirmation of that.

But it said the Russians had dug in in the forest inside the exclusion zone around the now-closed plant, the site in 1986 of the world’s worst nuclear disaster.

The troops “panicked at the first sign of illness”, which “showed up very quickly,” and began to prepare to leave, Energoatom said. There was no immediate comment from the Kremlin.

Meanwhile, in what would be the first attack of its kind, if confirmed, the governor of the Russian border region of Belgorod accused Ukraine of flying helicopter gunships into Russian territory early on Friday and striking an oil depot.

The depot, a facility run by Russian energy giant Roseneft about 21 miles from the border, was set ablaze by the attack that left two people injured, according to a post by Vyacheslav Gladkov on Telegram.

“The fire at the oil depot occurred as a result of an air strike from two helicopters of the armed forces of Ukraine, which entered the territory of Russia at a low altitude,” the governor wrote on the messaging app.

It was not immediately possible to verify the claim or images that were circulating on social media.

The exchange of control at Chernobyl happened amid growing indications the Kremlin is using talk of de-escalation in Ukraine as cover to regroup, resupply its forces and redeploy them for a stepped-up offensive in the eastern part of the country.

The International Atomic Energy Agency said it had been informed by Ukraine that the Russian forces at the site of the world’s worst nuclear disaster had transferred control of it in writing to the Ukrainians.

Energoatom gave no details on the condition of the soldiers it said were exposed to radiation and did not say how many were affected.

There was no immediate comment from the Kremlin, and the IAEA said it had not been able to confirm the reports of Russian troops receiving high doses.

Russian forces seized the Chernobyl site in the opening stages of the invasion, raising fears that they would cause damage or disruption that could spread radiation.

The workforce at the site oversees the safe storage of spent fuel rods and the concrete-entombed ruins of the reactor that exploded in 1986.

Related: Tory who just got £2k pay rise says it will be ‘quite tricky’ to feed his kids