Mr Rees-Mogg replied: “I fear it is absolutely classic from the socialists – they don’t have any confidence in their own voters." 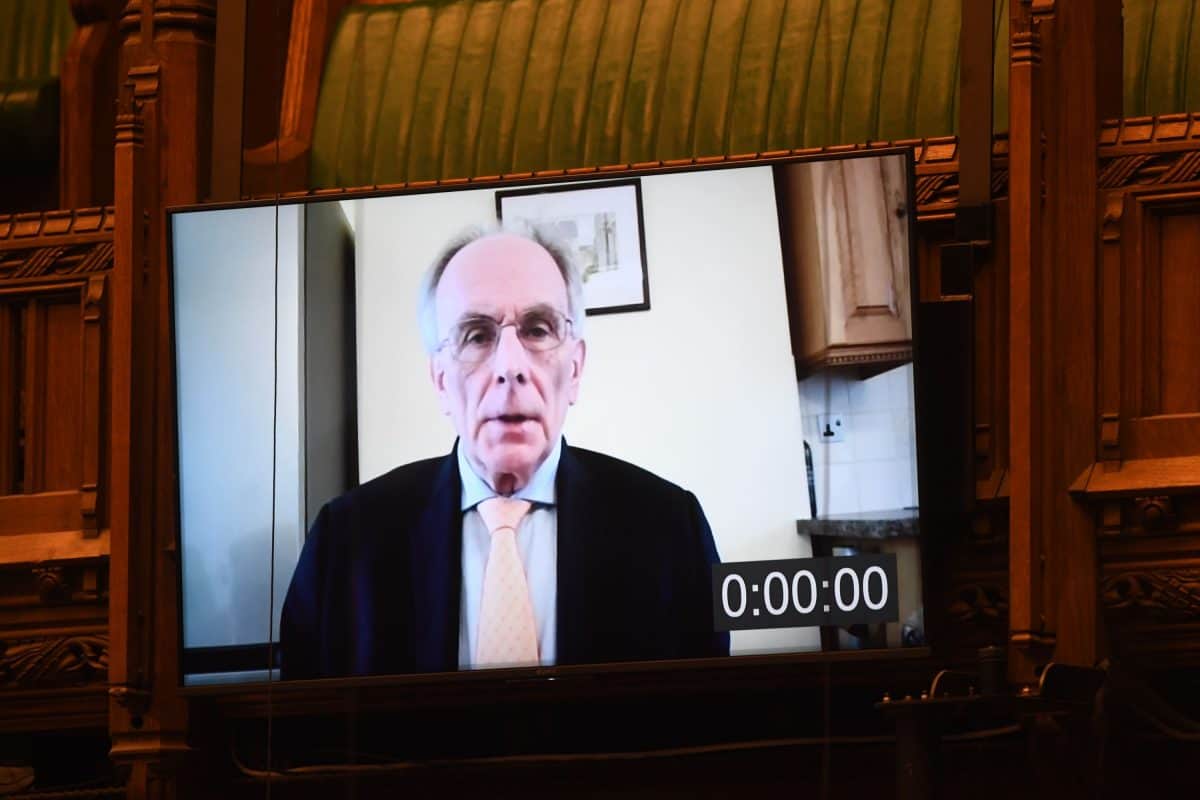 A Conservative MP called for the end of virtual parliamentary proceedings to ensure the Government is better held to account – while appearing by video link in the Commons.

Peter Bone told MPs that Parliament “isn’t working” and pressed for an end to social distancing in the chamber.

Commons Leader Jacob Rees-Mogg questioned why Mr Bone was not asking his question in person and said he hopes Commons proceedings will be “back to normal” with “a full and flourishing chamber” on June 21.

Restrictions have limited MP numbers on the floor of the House to 50 since last March, with many contributing by Zoom.

The number of MPs on the parliamentary estate has increased in recent weeks as the country begins to reopen.

Leader of the House

Mr Bone (Wellingborough) told MPs: “I am afraid Parliament isn’t working. It is not holding properly the Government to account and it strikes me that Parliament should lead.

“So, could we have a statement from the Leader of the House telling us that Parliament – and particularly the House of Commons – is going to be restored to normal process and that we will end virtual proceedings?

“We won’t have hundreds of votes in the deputy chief whip’s pocket and we’ll have proper voting and we’ll end social distancing in the chamber.

“We really need to lead and get Parliament back doing its job properly.”

Mr Rees-Mogg replied: “A voice crying from the wilderness. I mean, I am tempted to say ‘physician, heal thyself’.

“Mr Speaker, where is (Peter Bone)? Why is he not in the chamber holding me to account, leading by the example he wants?

“I entirely agree with him – I am waiting with joy for that day when we are back to normal, which I hope will be June 21, when everybody will be back here and it will be safe and we won’t have to wear masks and the despatch box won’t be covered in Perspex and we will be back to a full and flourishing chamber.

“But I would encourage him to come to London, come to Westminster and take his seat.”

Jacob Rees-Mogg highlighted a ban on MPs wearing overcoats and hats during Commons divisions as he defended the Government’s plan to require photographic identification to vote.

The Commons Leader insisted measures are in place in Parliament to prevent impersonation during votes, and therefore steps should be taken to stop the problem arising at elections.

Labour had challenged Mr Rees-Mogg over the proposal announced in the Queen’s Speech, amid fears it could disenfranchise some voters who do not have any form of photo ID.

Shadow Commons leader Thangam Debbonaire described the plan as an “attack on democracy” and added that just “0.000002%” of votes cast in 2019 were found to be fraudulent.

She asked in the Commons: “Will the Leader of the House please explain to his own constituents why they can’t vote by giving their name to a clerk and being counted by a teller when this is how their own MP votes in this place – in normal times at least?”

Mr Rees-Mogg replied: “It is important that elections are fair and proper.

“So therefore there are requirements in this place to prevent personation.”

Labour former minister Chris Bryant shouted that MPs are allowed to vote while wearing masks during the pandemic, but Mr Rees-Mogg said they do need to show their identity cards under the current arrangement.

In a nod to previous election controversies in the United States, Mr Rees-Mogg said: “We don’t want hanging chads and then to deal with it afterwards; we want to stop hanging chads happening before that becomes an issue, and before personation becomes a risk it is only reasonable to ask people to turn up with their photographic identification or get it from their local council so they can vote.

“I fear it is absolutely classic from the socialists – they don’t have any confidence in their own voters.

“We have confidence in our voters. We think our voters will not find it unduly onerous or taxing to turn up with an identity document of some kind.”