Judging by his farewell letter, he's not happy about the decision! 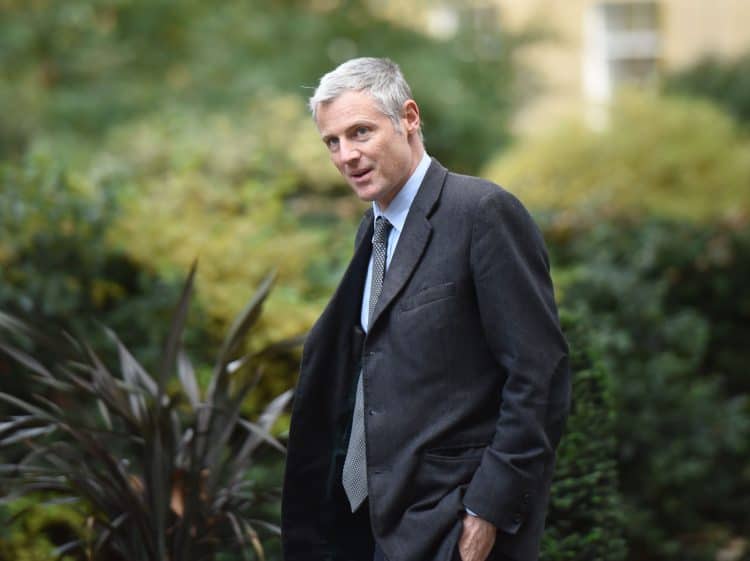 Tory peer Zac Goldsmith has been sacked as an environment minister as part of a major overhaul of Government personnel under Liz Truss.

It is understood that Lord Goldsmith, a close ally of Ms Truss’s predecessor Boris Johnson, no longer holds the animal welfare brief.

However, he retains his job at the Foreign Office, where his responsibilities include the Pacific and international environment.

The dismissal comes despite Downing Street saying the reshuffle had been stopped, as politics largely ground to a halt during the period of mourning following the Queen’s death.

The sacking of the long-time environmentalist could add to concerns the new administration could turn away from green issues.

Lord Goldsmith himself warned against such a shift during the contest to replace Mr Johnson.

“It is your duty and our duty, and everyone else’s duty, to punish any leader of any credible party that does not take these issues seriously because they simply do not merit the privilege of government.”

The Guardian reported that Lord Goldsmith said he was “very sad” to be going in a farewell letter to staff at the the Department for Environment, Food and Rural Affairs (Defra).

“We have so much more to do”

He wrote: “We have so much more to do to turn the tide here.

“The UK is, after all, one of the world’s most nature-depleted countries. But if Defra continues to get the backing you need and deserve across government, you can and you will turn the tide.”

The appointment of Ranil Jayawardena as Ms Truss’s Environment Secretary has raised concerns among environmental groups including Animal Rebellion.

Dr Alice Brough, 31, a livestock veterinarian from Gloucestershire, recently said: “Liz Truss and Ranil Jayawardena’s attitude of prioritising free trade, no matter the cost, has shown shocking neglect for British farmers, and therefore the rest of us struggling with the cost-of-living crisis.”

Mr Johnson made Lord Goldsmith a life peer shortly after voters dumped him as the MP for Richmond Park in a defeat to the Lib Dems in 2019.

It paved the way for Mr Johnson to hand Lord Goldsmith a job in Government, first in the Foreign Office before making him an environment minister.