Sir Peter Bottomley said it was "desperately difficult" for new MPs to survive on an £82,000 annual salary. 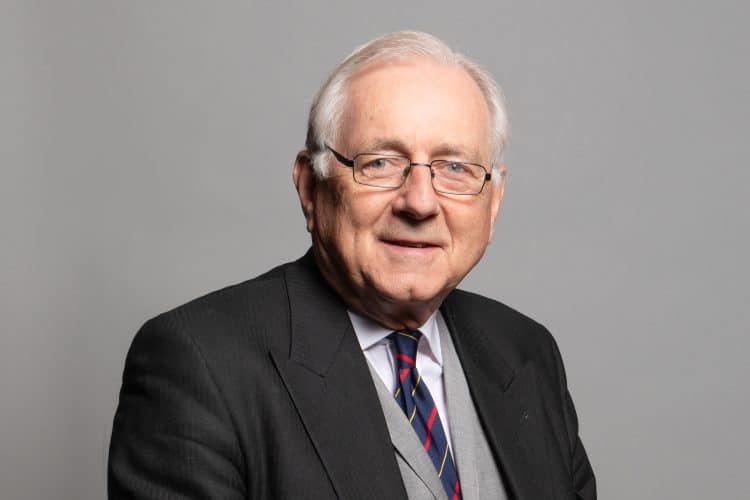 A Tory MP who moaned that a parliamentarian’s £82,000 salary is “really grim” voted to cut benefits and welfare almost 50 times over a four-year period.

Sir Peter Bottomley, the longest-serving MP in the House of Commons, has been criticised for comments made in an interview with the New Statesman, where he claimed it was “desperately difficult” for newer parliamentarians to survive on the amount they are paid.

MPs are paid £81,932 a year, which is set by the Independent Parliamentary Standards Authority.

And he said the situation is “desperately difficult” for his newer MPs, adding: “I don’t know how they manage. It’s really grim.”

The remarks sparked outrage as the interview was published on the same day the £20 Universal Credit uplift was scrapped.

And now it has emerged that Bottomley voted to cut welfare and benefits 49 times between 2012 and 2016 – supporting the bedroom tax, reductions to housing benefit and welfare for disabled people.

She told PoliticsJOE: “If Peter Bottomley believes it’s ‘really grim’ to live on a salary of £82,000, how does he think that families reliant on Universal Credit survive? At best his comments are out of touch with reality, at worst they’re cruel.

“His government has just taken an additional £1,000 a year from the lowest income families in the country. The political decision of his party are forcing people to live on poverty wages

“He clearly thinks that he and his colleagues deserve a comfortable life, but that working class people should suffer.”

Whittome made headlines when first elected after saying she would donate a significant chunk of her salary to charity.

The Nottingham MP takes home just £35,000 of her annual salary – giving the rest to local charities in her constituency.

On Friday, she announced that she had donated £3,000 to the Nottingham and Notts Refugee Forum – a charity which gives practical advice and support to asylum seekers.