Andrew Bridgen said the report is just the latest example of defeated Remainers refusing to accept the will of the British people. 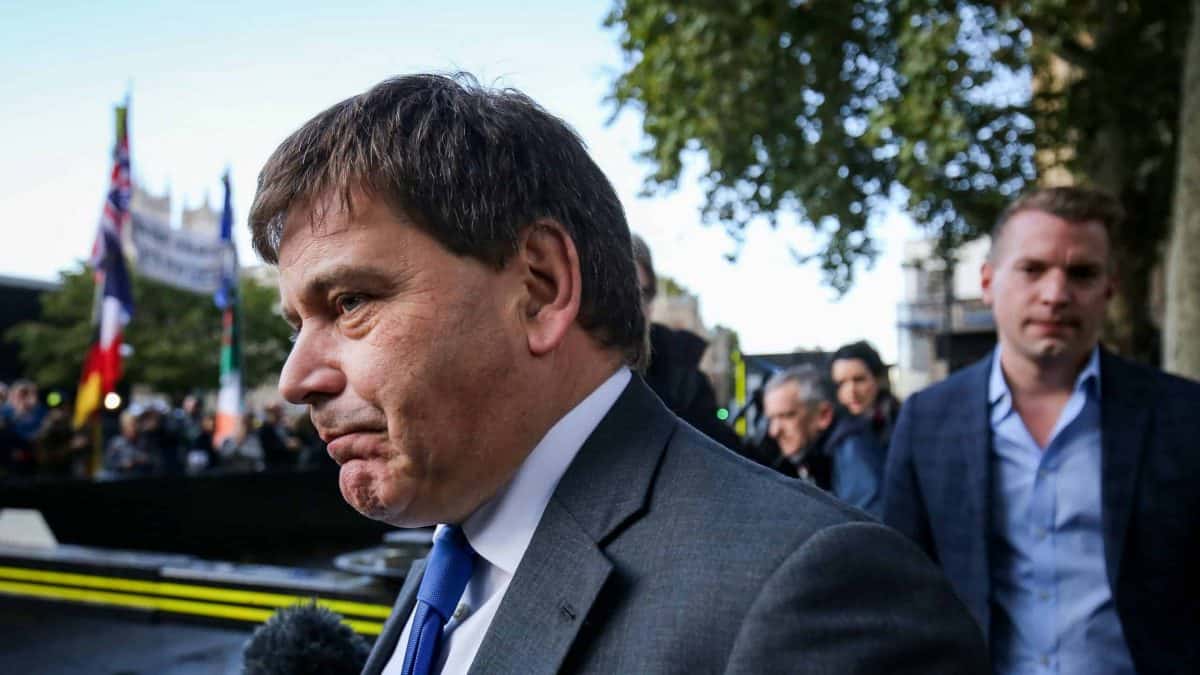 Prominent Brexiteers moved to get ahead of the Russia report this weekend by warning it will be just another attempt to “sabotage” the UK’s exit from the bloc.

Conservative MP Andrew Bridgen said that the House of Commons Intelligence and Security Committee report, which is due to be published today, is just the latest example of defeated Remainers refusing to accept the will of the British people.

“Too often we have seen that Remainers cannot accept defeat and have repeatedly used any means possible to attempt to undermine and discredit the result,” he told the Sunday Express.

The newspaper also reported that businessman Arron Banks, who founded the pro-Brexit Leave.EU campaign, has issued a legal challenge to the publication of the report.

Banks’ legal team argue that, if the report rehashes unfounded allegations that have been made against their client, then it should not be released until Banks is afforded a chance to respond.

“The background to the report is clear. Russian interference in Brexit has become a mythical mantra for hardcore Remainers as they sought to try to discredit the result in any way they could,” Banks wrote, in an article in the Sunday Express.

“We are living in an age where political opponents are not prepared to accept defeat at the ballot box, and use other methods,” he added.

After months of delays, the public will be waiting with baited breath to see what the Russia report contains.

Ahead of its publication, we answer some key questions about the latest developments in a complicated relationship.

– What is the report?

Sometimes dubbed the “Russia report”, after months of delays it will be published on Tuesday by the Intelligence and Security Committee.

It is based on secret material from Britain’s intelligence agencies and is expected to outline the threat Russia poses to the UK as well as efforts to counter it.

Its publication was delayed by Boris Johnson calling a general election and by the need to re-establish the committee.

– What are the findings likely to be?

In an interview with the Times the source said: “Downing Street are concerned that if this emerges it would raise questions about the validity of the referendum result, which is the central issue in the general election campaign and could compromise the Tories pitch to the electorate to get Brexit done.”

– How did Russia respond to that allegation?

The Russian Embassy in London said the nation “has not and will never interfere in the internal affairs of the United Kingdom, especially in the context of democratic elections”.

Russia’s ambassador to the UK, Andrei Kelin, told BBC1’s The Andrew Marr Show “we do not interfere at all”.

He said: “We do not see any point in interference because for us, whether it will be (the) Conservative Party or Labour’s party at the head of this country, we will try to settle relations and to establish better relations than now.”

– How are relations now?

Relations between the UK and Russia have been under severe strain since the Salisbury Novichok poisoning in 2018, which left former double agent Sergei Skripal and his daughter Yulia in hospital and led to the death of Dawn Sturgess.

The incident resulted in Russian diplomats being expelled from Britain by then prime minister Theresa May.

Mr Raab also announced this month, in a move that irked President Vladimir Putin’s administration, that he was imposing sanctions on 25 Russian nationals linked to the death in custody of lawyer Sergei Magnitsky, who died in 2009 after exposing massive corruption in the Interior Ministry.

– And what was that about attempts to steal coronavirus vaccine research?

Britain, the US and Canada have claimed Russian intelligence-linked hackers tried to steal details of research into coronavirus vaccines.

It was alleged a group of hackers, known as the Dukes or Cozy Bear, had targeted research bodies around the world – including in the UK.

– How did Moscow respond to that?

Ambassador Kelin told Andrew Marr he did not “believe in this story at all, there is no sense in it”.

He added: “I learned about their (the hackers) existence from British media. In this world, to attribute any kind of computer hackers to any country, it is impossible.”