Matt Hancock said that people aged 25 to 29 will be invited to book their jab as he signalled the start of the final stage of the vaccination programme. 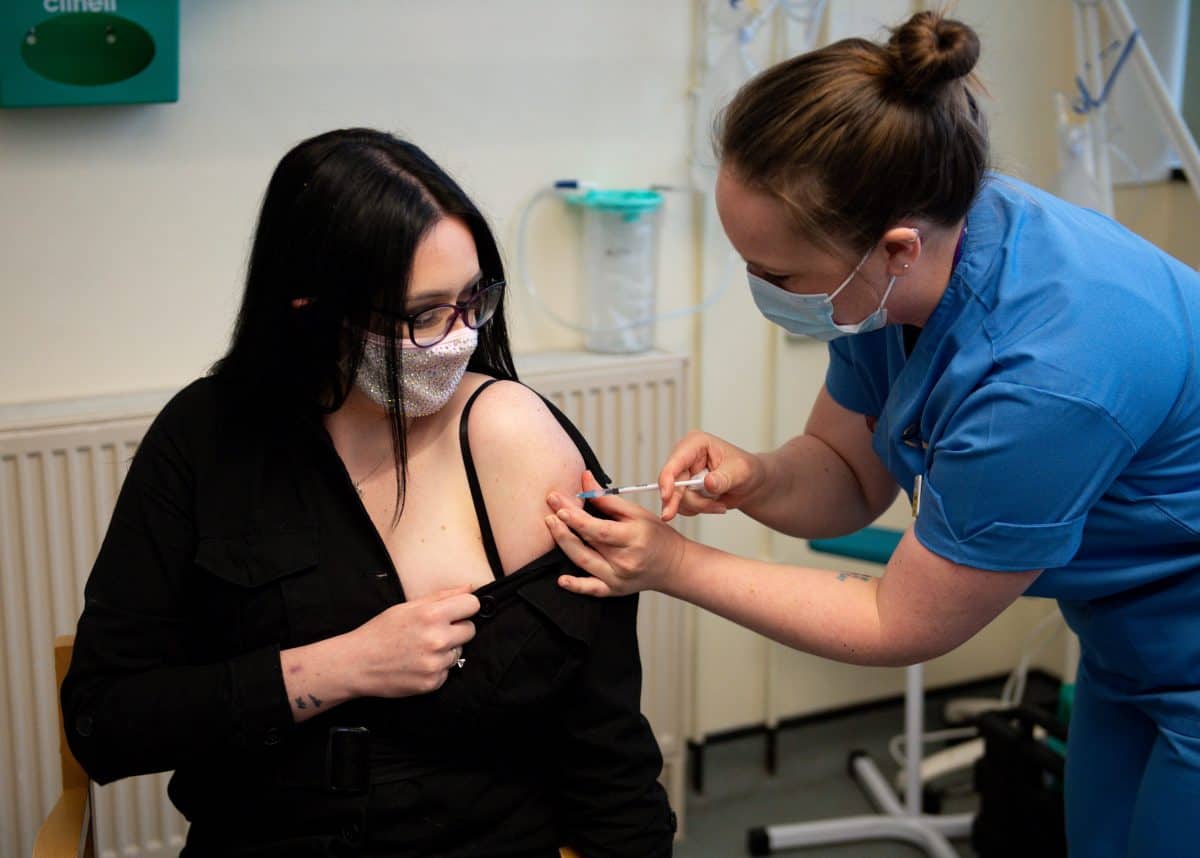 Over-25s in England are being called forward to get their Covid-19 vaccination from Tuesday, the Health Secretary has announced.

Matt Hancock said that people aged 25 to 29 will be invited to book their jab as he signalled the start of the final stage of the vaccination programme.

Under-30s are the final cohort on the vaccine priority list.

The NHS hailed the “home straight” of the biggest vaccination programme in its history, which launched just six months ago.

Grandmother Margaret Keenan became the first patient in the world to receive a Covid-19 jab outside of a clinical trial.

The 91-year-old retired jewellery shop assistant made history when she received the Pfizer/BioNTech vaccine in Coventry on December 8 2020.

The NHS has spearheaded the successful campaign, which has seen more than half of all adults fully jabbed and more than three quarters given their first dose.

From Tuesday, around three million more people will become eligible to book their first dose.

Mr Hancock told MPs: “From this week we will start offering vaccinations to people under-30, bringing us ever closer to the goal of offering a vaccine to all adults in the UK by the end of next month.

“From tomorrow morning we will open up vaccination to people aged 25-29. Over the remainder of this week the NHS will send texts to people in these age groups and of course GPs will be inviting people on their lists to come forward.”

NHS England chief executive Sir Simon Stevens said: “Today is a watershed moment as the world-beating NHS vaccination programme enters the home straight of our race to offer everyone their first dose.

“The NHS vaccination programme is a real team effort and it is a testament to NHS teams across the country that we are able to open up to people in their 20s just six months on from delivering that world-first jab to Maggie Keenan.

“The tireless efforts of NHS staff to protect the people they care for and their communities has quite simply saved lives, and when you get the text, you’re next.

“Getting the lifesaving Covid-19 jab is the most important thing you can do, with NHS staff vaccinating at over 1,600 sites, including vaccine buses, places of worship, sport stadiums and other convenient locations. So when you get that text, book your appointment and join the millions who are already protected.”

Alongside opening up appointments to younger age groups, the health service is pressing ahead with offering second doses to people at pace.

The so-called race between variants and vaccines has led to a sped-up timetable for offering second jabs.

It comes amid concerns over the spread of the variant first identified in India, also known as the Delta variant.

Only a handful of people have been admitted to hospital after having both doses of the vaccine, NHS leaders have said previously.

In Northern Ireland and most of Wales, all adults have already been called forward to get their vaccine.

Welsh First Minister Mark Drakeford said the programme would be extended to over-18s across the country before next week.

People aged 18 to 29 in Scotland have been asked to register for their jab, with appointments starting in mid-June.

The news comes as ministers continue to deliberate on whether or not to press ahead with easing restrictions on June 21 in England.

Reports suggest the Prime Minister is considering pushing so-called freedom day back by at least two weeks in order to allow more people to be fully vaccinated.

Mr Hancock indicated at the weekend that ministers were “open” to the idea of delay.

While some scientists have advocated for a delay of a few weeks, others have said that delaying would “demoralise” the nation.

Robert Dingwall, professor of sociology at Nottingham Trent University, told LBC: “I think the population will be massively demoralised frankly.

It comes as new figures show that Covid-19 case rates are rising in more local areas of the UK than at any point since early January, with numbers increasing in almost all parts of north-west England, London and Scotland.

The rise in rates has yet to be mirrored by a steady increase in Covid-19 hospital cases, however, with the latest data showing patient numbers have climbed slightly to levels last seen at the end of May.

Nearly three-quarters of local areas of the UK (283 out of 380) recorded a week-on-week rise in Covid-19 case rates for the seven days to June 2.

This is the highest proportion since January 6.

In just under half of these places (134), the rise was small enough to be in single figures.

But a growing number of areas are recording sharp jumps in rates, some of them large enough to push them above the symbolic level of 100 cases per 100,000 people.

When using a seven-day average to flatten out fluctuations in the data, 256 of 380 local areas in the UK are currently recording a rise in rates – the highest number since January 10.

The analysis has been compiled by the PA news agency using Public Health England data published on Sunday on the Government’s coronavirus dashboard.