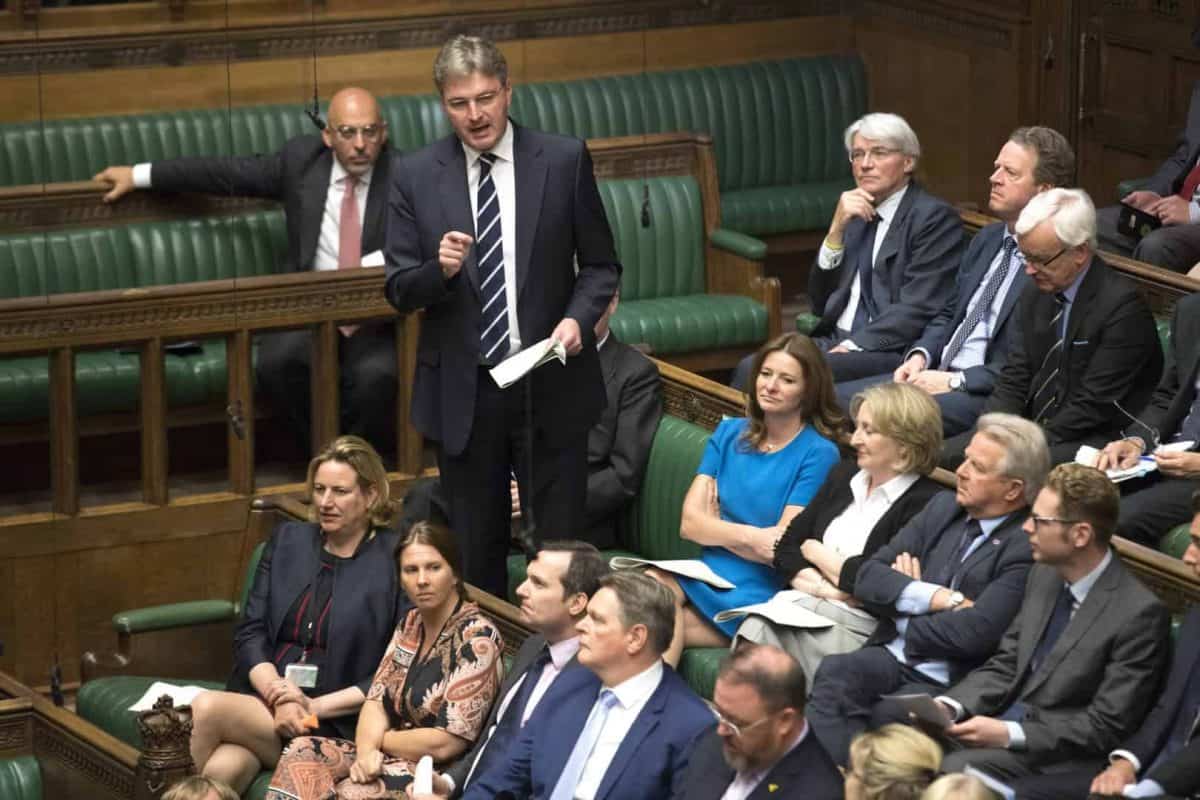 Jewish leaders have condemned Tory MP Daniel Kawczynski for speaking at a conference alongside “some of Europe’s most notorious far-right politicians”.

The Board of Deputies of British Jews called on the Conservatives to discipline the backbencher, and struck out his defence of his appearance on Tuesday as “specious”.

The MP for Shrewsbury and Atcham was to speak on Tuesday afternoon at a National Conservatism conference in Rome, where speakers included Hungary’s far-right prime minister Viktor Orban.

Mr Kawczynski had sought to defend appearing alongside Mr Orban, and Italy’s Matteo Salvini, by arguing they “represent serious ideas and concerns, some of which are shared by many citizens of the UK”.

The group representing Jews in Britain joined veteran Labour MP and leading anti-Semitism critic Dame Margaret Hodge in criticising him, while the Muslim Council of Britain said his behaviour was “unacceptable”.

Board president Marie van der Zyl said: “We condemn the decision by Conservative MP Daniel Kawczynski to speak at a conference alongside some of Europe’s most notorious far-right politicians.

“Mr Kawczynski’s defence, that ‘it is only common sense to talk with parties and politicians that are either leading their respective countries, or will perhaps take power in the next few years’, is a specious one, for the simple reason that the MP for Shrewsbury and Atcham is not any sort of Government representative.

“If the Conservative Party fails to discipline Mr Kawczynski, it runs the serious risk of the public assuming that they share his views on association with such people.”

Mr Salvini is an anti-immigration hardliner while fellow speaker Ryszard Legutko is a Polish Law and Justice MEP who has reportedly described homophobia as a “totally fictitious problem”.

Also on the line-up was Marion Marechal, the niece of far-right leader Marine Le Pen. Ms Marechal has described France as becoming “the little niece of Islam”.

Mr Kawczynski, a Polish-born Brexiteer, had written to local newspaper the Shropshire Star saying he would defy those who had “deplored” him by speaking at the conference regardless.

“Clearly, Messrs Orban and Salvini are not to everyone’s tastes,” he wrote.

“But they represent serious ideas and concerns, some of which are shared by many citizens of the UK.

“They have certainly proved electorally attractive in their own countries and have every right to speak at a conference on the subject of national sovereignty, the very thing they have pledged to defend and which accounts for their popularity with voters.”

Muslim Council of Britain spokesman Miqdaad Versi said: “It is unacceptable that anyone holding the position of MP speaks at a nationalist conference alongside Islamophobes and anti-Semites.

“It is even more disturbing that the Conservative chief whip appears to have known that Daniel Kawczynski MP was going to speak at a nationalist conference alongside far-right, racist politicians, and yet chose to take no action.”

Dame Margaret and the Jewish Labour Movement wrote to Tory chief whip Mark Spencer calling for the party to withdraw the whip from Mr Kawczynski.

In a letter alongside Labour MP Alex Sobel, she said Mr Kawczynski was “sharing a platform with a number of far-right European politicians who have made deeply offensive and dangerous comments”.

“The Conservative Party now has a choice. It can demonstrate that there are lines that should not be crossed by Conservative MPs,” they wrote.

One week after Holocaust Memorial Day

“He should be immediately suspended from the Conservative Party and Boris Johnson must answer questions about whether or not he was given permission by the Tories to attend.”