But, with Easter around the corner, there has been a wave of encouraging news suggesting the end is nigh. 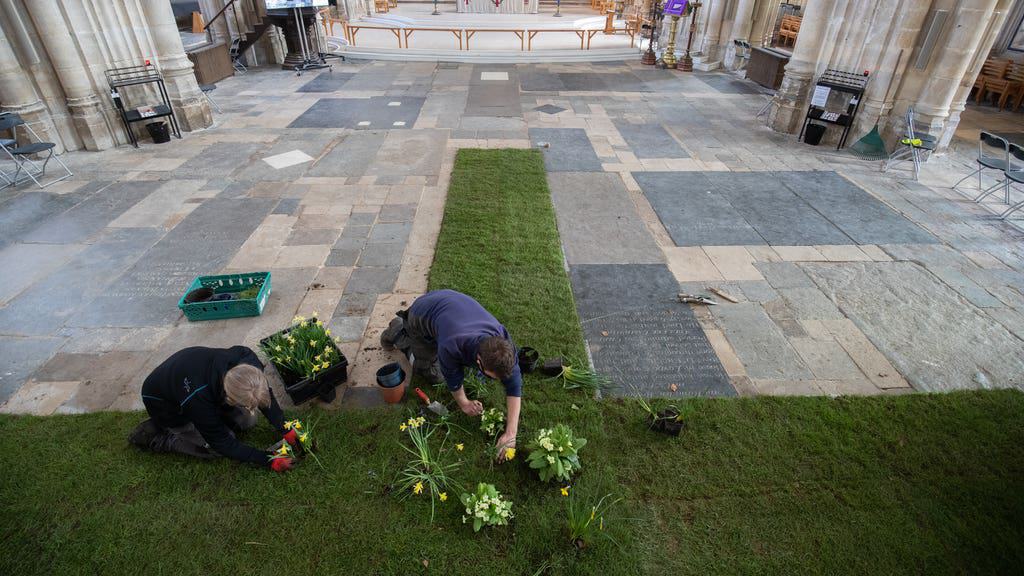 One minute’s silence will be marked across the country on Tuesday, March 23, a year to the day we first went into lockdown.

Reflecting on one of the United Kingdom’s darkest years the speakers of both Houses will lead the silence at 12pm, with the general public being urged to stand on their doorsteps at 8pm with phones, candles and torches to signify a “beacon of remembrance”.

Speaking on behalf of charity Marie Curie actress Alison Steadman urged people to “remember that there is love in the world” as the nation reflects on the 126,000 lives lost during the coronavirus pandemic.

The Gavin and Stacey actress, a long-standing supporter of the charity, said she hopes the day will bring people comfort by showing that “we’re in this together and we’re here to help each other”.

“A year ago today we were asked to stay at home”

Sir Lindsay Hoyle, Speaker of the House of Commons, said: “None of us has escaped the ordeal of Covid-19 – from the shock of having our liberty taken away, to the heartbreak of losing someone we loved.

“So, a year on, it is right that we take a moment to reflect on what we as a nation have been through; that we pay tribute to the many lives lost and the families that mourn them, and we say a big ‘thank you’ to our NHS staff who have worked so tirelessly on the front line caring for people in need.”

Lord Fowler, the Lord Speaker, said: “A year ago today we were asked to stay at home to combat the spread of coronavirus.

“Since then, many thousands have been lost and the lives of those left behind have been changed forever. The public have made enormous sacrifices to protect the lives of others.

“It is right that we in the House of Lords pause now, together with the Commons and the whole country, and remember those who have died and those who are bereaved.”

The Prime Minister has said he will observe the minute’s silence privately at noon while it will also be held in the Houses of Parliament.

London’s skyline will turn yellow with landmarks including the London Eye, Trafalgar Square and Wembley Stadium lighting up at nightfall.

The PM said coronavirus restrictions are being eased “once and for all”, offering his “sincere condolences to those who have lost loved ones” and praised the “great spirit” displayed ahead of the nation pausing in remembrance on Tuesday.

It comes on the back of a wave of encouraging news in the past week.

Yesterday a US study found the Oxford/AstraZeneca vaccine to be 79 per cent effective at preventing Covid-19, offering 100 per cent protection against severe disease.

A whopping 844,285 people were vaccinated on Saturday alone, meaning more than 27.6 million people in the UK – more than half the adult population – have now received at least one dose of a vaccine.

It coincides with a plummeting death toll and hospital admissions.

Just 17 deaths reported in the UK on Monday, the lowest since 28th September.