"It just shows the scale of the problem the Conservative Party has got on this issue, that the response of a Conservative MP when serious issues are being raised is to shout out in that way." 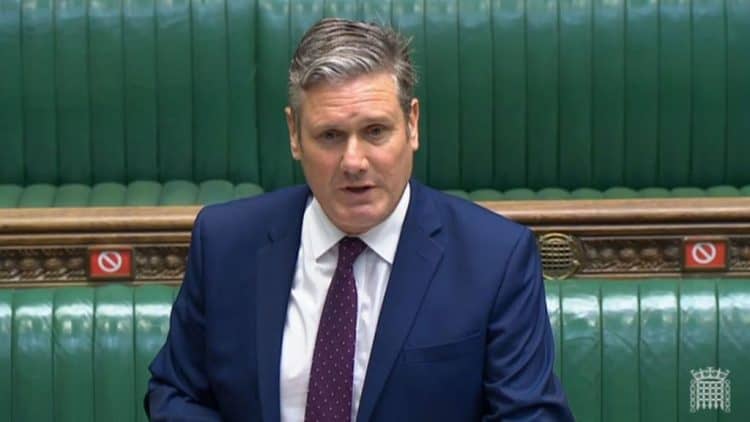 Labour leader Sir Keir Starmer has hit out at a Tory backbencher for heckling “Labour Party member!” after a tweet by England star Tyrone Mings was raised during PMQs.

The England defender had criticised home secretary Priti Patel for saying it was a “gesture” for players to take the knee against racism, and if fans wanted to boo, “that’s a choice for them quite frankly”.

Mings wrote: “You don’t get to stoke the fire at the beginning of the tournament by labelling our anti-racism message as ‘Gesture Politics’ & then pretend to be disgusted when the very thing we’re campaigning against, happens.”

“Is that really the response? Is that it?”

But there were furious clashes at PMQs after Labour leader Keir Starmer raised the criticism.

He accused a Tory MP of heckling ” Labour Party member!”. The identity of the MP has not been confirmed.

Sir Keir condemned the heckle, which was not caught on the Commons audio feed, saying: “Is that really the response? Is that it?”

His spokesperson later said: “I think the response of whoever that Tory MP was shouting when Tyrone Mings’ quote was raised was totally disgraceful.

“It just shows the scale of the problem the Conservative Party has got on this issue, that the response of a Conservative MP when serious issues are being raised is to shout out in that way.

“That is something Boris Johnson should condemn directly, just as he should condemn Natalie Elphicke’s comments and the other remarks that have been made.”

Meanwhile, there has been criticism raised after not a single black MP was chosen to speak in a House of Commons debate about online racist abuse in Parliament on Wednesday afternoon.

Thirty MPs are on the call sheet for an urgent question in Parliament this afternoon – including Labour’s Yvette Cooper, Jeremy Corbyn and Zarah Sultana.

But no black MPs have been selected to participate in the debate, which asks Priti Patel – the home secretary – to “make a statement on the prevalence of racist abuse on social media”.