Sir Geoffrey was paid up to £900,000 to defend the tax haven in an inquiry launched by the Foreign Office. 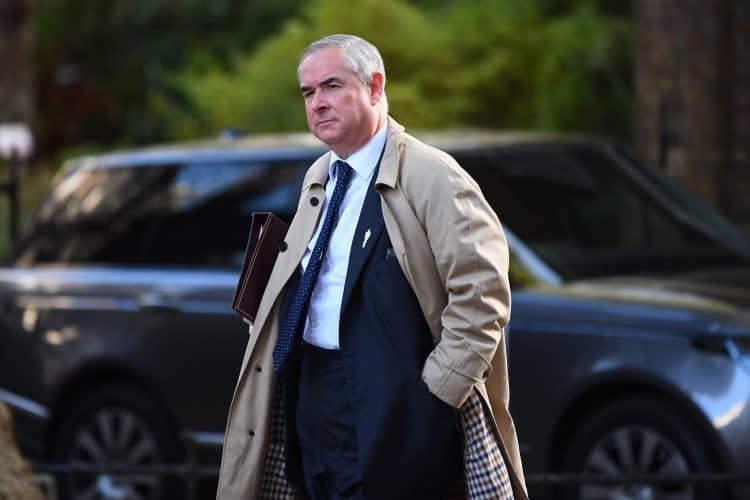 Conservative Party councillors in Torridge and West Devon have said they have no concerns over reports that their local MP was paid up to £900,000 to work in the British Virgin Islands.

Former attorney general Sir Geoffrey Cox was hired to defend the islands in an inquiry launched by the Foreign Office.

But Tory councillors in his constituency spoke up in support of him and said they are not concerned.

‘He is very passionate’

Debo Sellis, county councillor for Tavistock, said she has worked “very closely” with Sir Geoffrey and described the work he does for local residents as “phenomenal”.

She said: “I can say that I have contact with the majority of people in my area and it is quite remarkable how many single mums will say they are voting for Geoffrey because he has helped them.

“I have stood in for him at his surgeries and there is a lot of people that go there with many sensitive and tricky cases. What he can do for them is phenomenal. He is very passionate about the community.”

Sellis added that she will “definitely” vote for Sir Geoffrey if he stands for re-election.

Bere Ferrers ward councillor Peter Crozier said he has no doubt the party will win a forthcoming council by-election, despite the reports that Sir Geoffrey was paid up to £900,000 in his second job abroad.

“I doubt the reports will affect the by-election.”

‘So little value for money’

However, Steve Hipsey, Independent councillor for Tavistock North, said he has concerns about the amount of time Sir Geoffrey spends in Parliament.

He said: “The only times I have had anything to do with him was before I was a councillor and I asked him about his attendance in Parliament, where he gave me a ‘dog ate my homework’ answer, and then during lockdown about the spread of Covid from tourists.

“If I have any beef with him at all it is about the time he spends in Parliament representing his constituents. As a local councillor I am very concerned that we seem to be getting so little value for money out of him in Whitehall. I have no real gripe with him in terms of constituents.”

Hipsey added that he would not vote for Sir Geoffrey in an election.

Deputy Prime Minister Dominic Raab told BBC Breakfast on Tuesday that there are “very strict rules” surrounding MPs’ second jobs and that it is “respectable and legitimate” for them to carry them out.

He added that it is ultimately up to voters whether they think their MP is earning too much in a second job.

“I think that people do want to see MPs and politics have exposure and experience that comes (from) outside the political world,” he said.

He added that it “makes sure we don’t become ever more secluded and out of touch with the priorities of what’s going on in the world outside the House of Commons.

“Ultimately, voters will decide on their MP and whether they’re spending enough time doing the job for them as their constituents.”