Mr Blair said that both sides of the Brexit debate should avoid “mixing up” a general election with a vote on the EU, and call for another referendum instead. 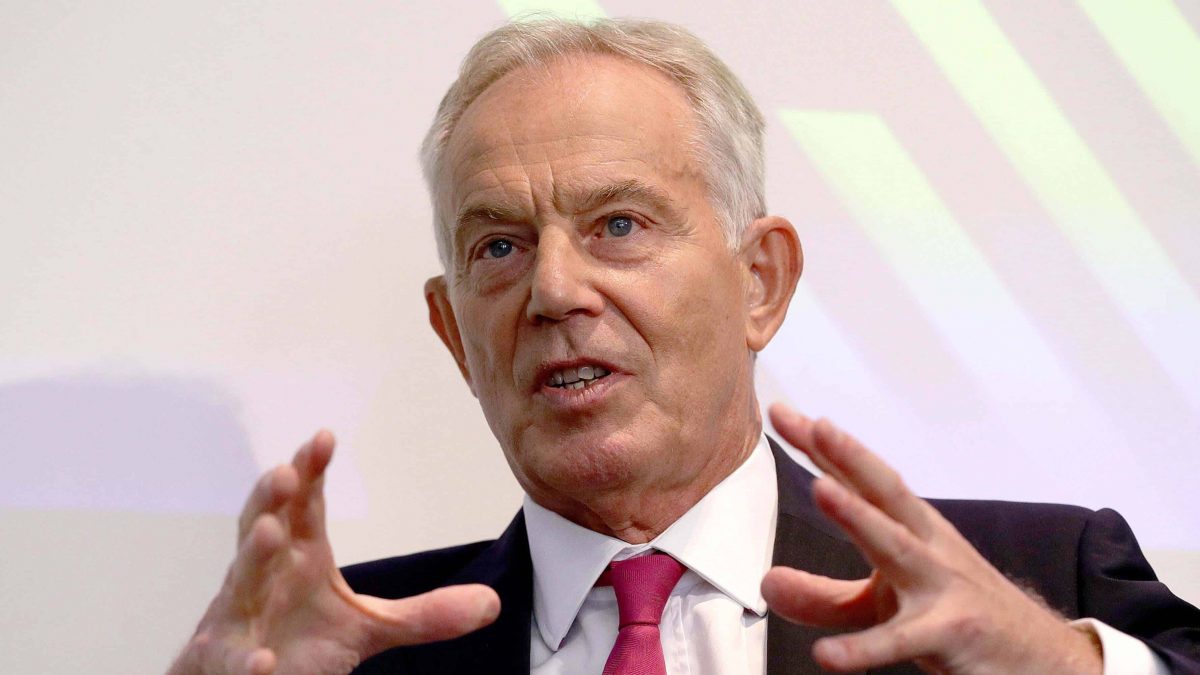 Tory and Labour MPs would both face a “big risk” by fighting a general election on the issue of Brexit, Tony Blair has said.

The former prime minister warned that Labour could enable Boris Johnson to claim a mandate for a no-deal Brexit, while Conservative candidates would face scorn for backing the UK leaving the EU without a deal.

Speaking to the Scottish Parliamentary Journalists’ Association in Edinburgh, Mr Blair said that both sides of the Brexit debate should avoid “mixing up” a general election with a vote on the EU, and call for another referendum instead.

Mr Blair said he believed the argument that could “destroy” Brexit in the event of another referendum, was to explain how the decisions that matter to people are taken in Britain and not in Europe.

“Take all the announcements Boris Johnson and his ministers have been making over the last weeks in order to lay the ground for an election – there’s not a single one of those that you need to be out of Europe to do,” he said.

Defining populism as “where you have a grievance that you want to exploit rather than answer effectively”, Mr Blair added: “Brexit is a classic example of populism because Brexit answers nothing.”

Having described the Conservative Party’s strategy of pursuing a general election amid the Brexit uncertainty as a “vast elephant trap” designed for the UK to crash out of Europe on World Trade Organisation terms, Mr Blair argued that many Tory MPs should also be fearful of their party’s position.

No-deal is a big risk

Mr Blair said: “ For Tory MPs – and I have spoken to a few over these past two or three weeks – I think Tory MPs will be saying to their whips, as Labour MPs are definitely saying to theirs, we don’t want a Brexit general election.

“If you’re a Tory and you’re fighting in a general Tory seat at a general election – leaving aside Brexit – against Jeremy Corbyn, you might think you’ve got a chance.

“As you see from the Institute for Fiscal Studies report, in an election which is going to be about what is the bigger risk – let’s be honest about it, no-deal or a Corbyn government, what that shows you is no-deal is a big risk.”

Mr Blair, who urged Scottish Labour to occupy the centre ground vacated by Ruth Davidson’s resignation, was critical of Labour’s “complicated” Brexit position and said: “The problem is not that we are riding two horses, the problem is that in a horse race we are on a camel.”

The winner of three general elections, who said he still votes Labour despite admitting it has become a “struggle”, also told reporters that the party should not use another Scottish independence referendum as a “bargaining chip” to get SNP support in order to oust the Prime Minister.

Asked about whether Labour should agree to a Section 30 order allowing IndyRef2, Mr Blair replied: “I don’t think Labour should give any indication at all that they are prepared to put the union on the table as some sort of bargaining chip.

“I would be surprised if [Corbyn] enters into horse-trading about the union, it would be a big mistake,” he added.