“This is a budget developed in the shadow of Brexit and the context for Brexit has shifted to no deal as our central assumption", the Finance Minster said. 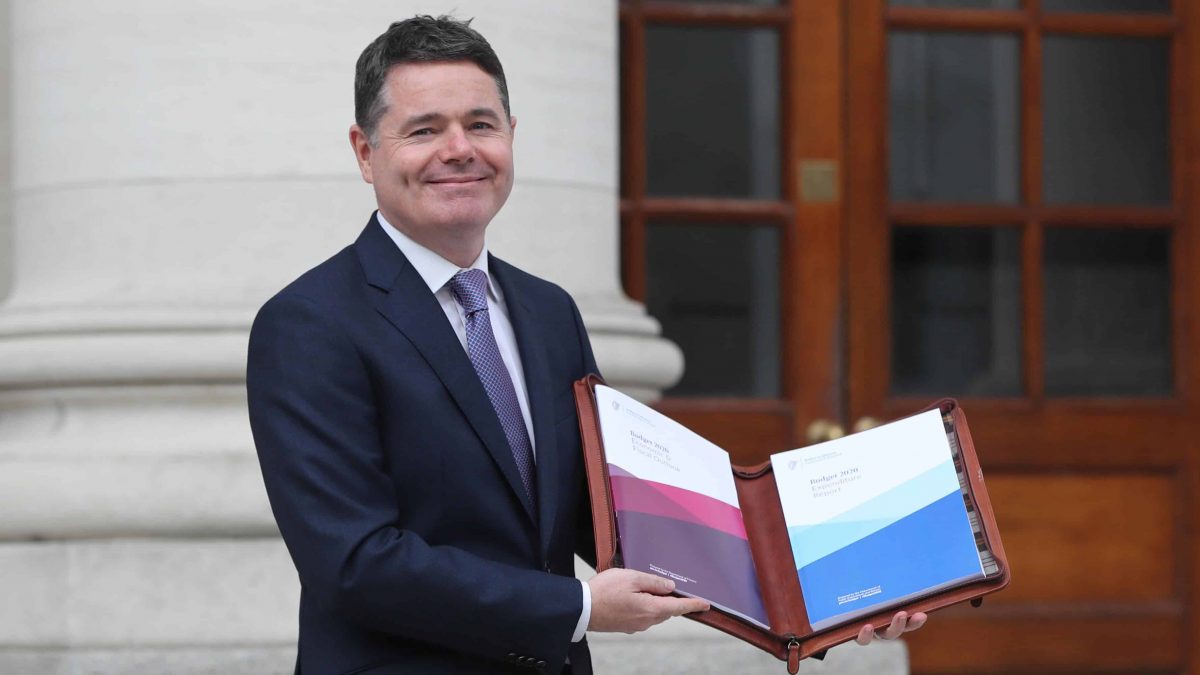 No-deal Brexit is now the central assumption for the Irish Government as it released an “unprecedented” budget today.

A massive 1.2 billion euros has been put aside to help absorb the impact of a no-deal Brexit, including 650 million euro to support the agri-food and tourism sectors.

There will also be 200 million euro made available to government departments to increase staffing levels and upgrade airports and ports.

Finance Minister Paschal Donohoe said the budget was “without precedent”.

“This is a budget developed in the shadow of Brexit and the context for Brexit has shifted to no deal as our central assumption, this does not mean no deal is inevitable, but equally we stand ready if it does happen,” he told the Dail parliament in Dublin.

“In preparing for no deal we can ensure the Government has the necessary resources to meet the impact of Brexit, keeping our public finances on the credible path they have been on since 2011.

“We must increase the level and range of supports to ensure our economy is protected and this is why we are announcing over 1.2 billion euro, excluding EU funding, to respond to Brexit.”

A no deal is unpredictable

The spending plan is based on the anticipated gloomy financial outlook if the UK leaves with EU without an agreement on October 31.

“A no deal is unpredictable,” said the minister.

“It will impact different sectors in different ways.

“Our response will demand flexibility.”

The budget also included measures to tackle climate change, including a six euro per tonne hike in carbon tax.