The former Prime Minister said the result "has brought shame on us. We let our country down.” 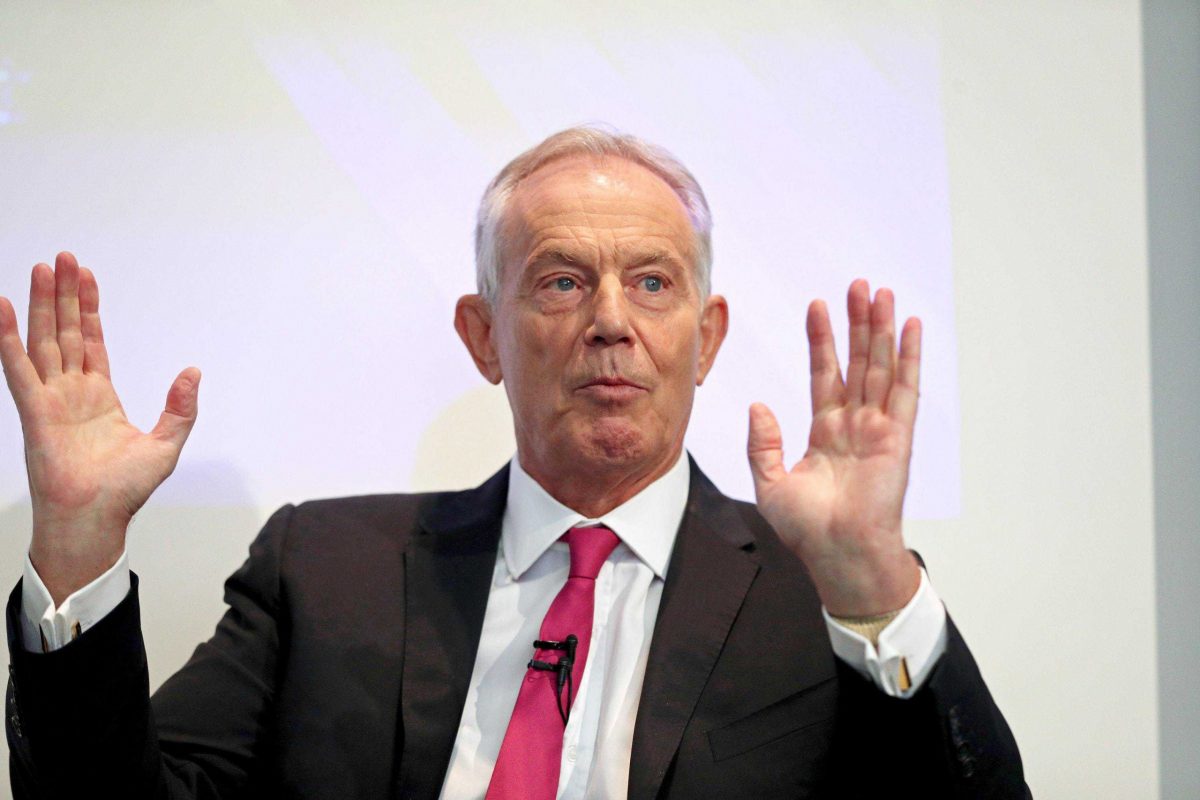 The former Prime Minister claimed Labour went into the general election with a “strategy for defeat”, saying the result has “brought shame on us”.

The party had its worst election results since 1935 during the poll on December 12.

Mr Blair said the performance by Labour at such a crucial time in British politics was “unforgivable”.

He also said the party will be “finished” if it continues with the politics of outgoing leader Jeremy Corbyn.

“The takeover of the Labour Party by the far left turned it into a glorified protest movement with cult trimmings, utterly incapable of being a credible government,” he said.

Mr Blair, who is the only Labour leader to have won a general election in the last 45 years, used the speech to urge against a “whitewash” of the result.

The criticism came as potential leadership candidates sounded out their pitches, with shadow Brexit secretary Sir Keir Starmer saying he “seriously considering” running, and making a plea for the party to return to being a “broad church”.

Yvette Cooper said she will decide over Christmas whether or not to run for leader, telling BBC Radio 4’s Today programme: “There’s a lot of things to reflect on.”

Ms Cooper said both Mr Blair and Mr Corbyn are “seen as internationalist, not patriots, and we should be able to be both patriotic and outward-looking because that’s what we were in 1945”.

Very sorry for the result

Mr Corbyn told a meeting of the Parliamentary Labour Party in the Commons on Tuesday evening that he is “very sorry for the result, for which I take responsibility”.

He maintained his defence that Brexit was a major reason voters lost their trust in Labour, and repeated his criticism of the media.

Mr Corbyn also told his MPs to vote against Boris Johnson’s Brexit deal because it imposes an “impossible timetable” to get a “good” trade deal with the EU by the end of the transition period.

But the Withdrawal Agreement Bill to implement Brexit is almost certain to pass now the Prime Minister has an 80-strong majority, due to the Tories’ emphatic victory.

A series of MPs criticised Mr Corbyn during the meeting, of which veteran critic Dame Margaret Hodge said “on the whole it was fury, despair, miserable”.

Former shadow work and pensions shadow Rachel Reeves said she told the meeting Labour needs “radical change” and to get a leader “that actually wants to win”.

Labour’s Lord Falconer, a former justice secretary, told BBC’s Newsnight: “The feeling is like a volcano of molten anger that is absolutely pouring out. It’s been there in the building the whole day.”

Numerous Labour MPs said, however, that Mr Corbyn was not told to go immediately, with them apparently supporting his plan to depart after overseeing a “process of reflection”.

The new leader is expected to be in place by the end of March.

Mr Blair, whose former Sedgefield constituency fell to the Tories in Thursday’s election, is to warn that “any attempt to whitewash this defeat, pretend it is something other than it is, or the consequence of something other than the obvious, will cause irreparable damage to our relationship with the electorate”.

The former PM’s warning comes as his Tony Blair Institute for Global Change publishes a report blaming the defeat on factors including Mr Corbyn’s neutral Brexit stance, perceived associations with extremism and allegations of a lack of patriotism.