Home secretary Priti Patel was also at the two-hour get together along with 150 prospective financial backers. 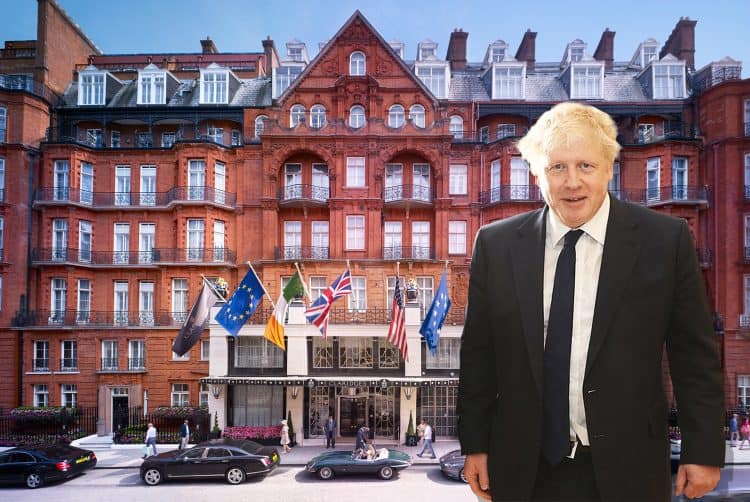 Boris Johnson hosted a lavish get together at one of the poshest hotels in London the night before a ‘quadruple whammy’ of price hikes hit beleaguered Brits, The Sun has reported.

The prime minister is said to have met with wealthy Tory donors at Claridge’s hotel for a get together that included Champagne and canapes.

Hours before energy and tax bills soared for struggling families, the PM apparently joked about partygate with guests, saying: “I can assure you that you won’t be sent any questionnaires for attending this event.”

The Sun said home secretary Priti Patel was also at the two-hour get together along with 150 prospective financial backers.

The morning after, a £700 energy price rise kicked in, along with increases in council tax and water rates.

According to the Resolution Foundation, some 2.5 million households in England will be plunged into “fuel stress” due to the moves.