The 39-year-old accused one Greater Manchester Police Officer of trying to 'bait' him into a reaction so they could 'arrest him legitimately'. 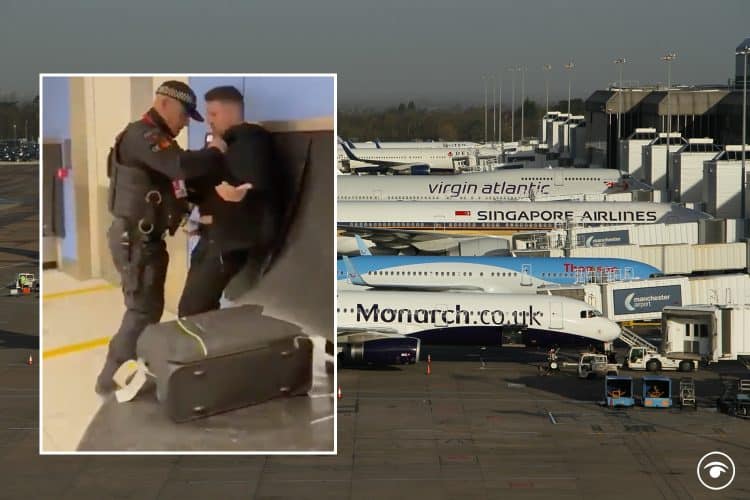 Tommy Robinson has been filmed being pushed into a baggage carousel following a confrontation with border police at Manchester Airport.

The former EDL man, real name Stephen Yaxley-Lennon, featured in a video as he returned from a holiday in Mexico which saw him being detained in Cancun Airport.

He was later deported from the country for being a national security threat, Robinson claims.

In a Telegram message to his followers shared later today, the 39-year-old accuses one Greater Manchester Police Officer of trying to ‘bait’ him into a reaction so they could ‘arrest him legitimately’.

It is not clear if Robinson was arrested but there was certainly a feisty confrontation.

The officer has hold of Robinson by the shirt and detains him against the wall of the airport next to the baggage carousel.

Tommy can be heard asking “what are you going on about?” as the officer asks “do you understand that?”

He then appears to reach for his handcuffs but Robinson moves his hand away and repeatedly asks “what have I done?”

In another 41-second clip, the officer, still with his cuffs in hand, can be heard telling Robinson to listen before they share an inaudible exchange in front of a second officer.