Poots on gay civil partnerships: “Basically its unnatural in the first instance, and it’s abominable in the second instance.” 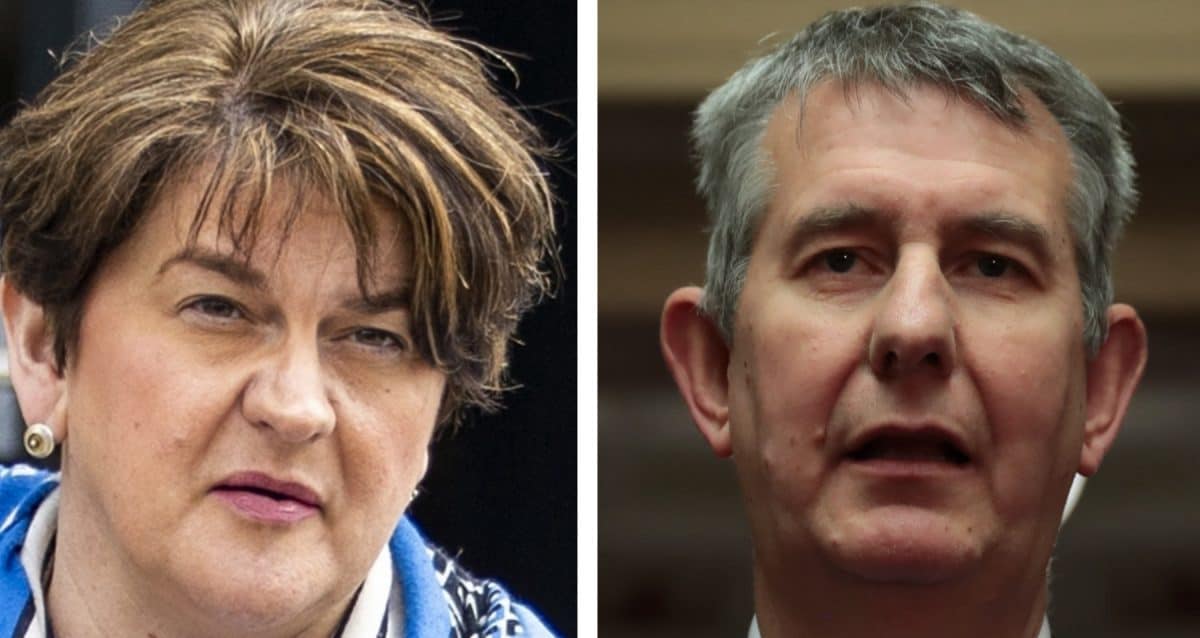 The first candidate to announce their bid to become the next leader of the DUP comes from vintage party stock.

Edwin Poots’ father, the late Charlie Poots, is attributed as one the founding members of the party alongside the late Ian Paisley senior in 1971.

His son followed in his footsteps, starting his political career on Lisburn City Council and was later elected to the Northern Ireland Assembly in 1998.

Today, I announce my candidacy for leader of the Democratic Unionist Party. I love this country and its people and I look forward to engaging with party colleagues in the days ahead. pic.twitter.com/Qesd3GTCwR

It comes after Arlene Foster resigned on Wednesday came a day after party colleagues unhappy with her leadership moved against her, with a majority of senior elected representatives signing a letter of no confidence.

Discontent at the DUP’s Brexit strategy was a major factor, with party rank-and-file laying some of the blame for the emergence of an Irish Sea border at her door.

Traditionalists from the party’s religious fundamentalist wing also harboured concerns over positions Mrs Foster had taken on some social issues.

Mrs Foster was back at her desk on Thursday as she co-chaired a meeting of the Stormont Executive.

Poots rejects the theory of evolution.

In an interview with BBC presenter William Crawley, when asked how old the Earth was, Poots replied: “My view on the earth is that it’s a young earth. My view is 4,000 BC”.

Poots also caused controversy by banning blood donations from gay people, saying “I think that people who engage in high-risk sexual behaviour in general should be excluded from giving blood.” He defined risky behaviour as “someone who has sex with somebody in Africa or sex with prostitutes”.

This thread by Matthew Thompson, Senior Reporter at LBC, about Poots, holds no punches.

So Edwin Poots, darling of the traditionalists, is favourite to be the next DUP leader.

For those who don’t know him, a short introduction to the man, in his own words

Poots on the Big Bang: “You’re telling me that cosmic balls of dust gathered and there was an explosion?

“Basically its unnatural in the first instance, and it’s abominable in the second instance.”

Poots on Arlene Foster being made DUP leader in 2016:

“Her most important job has been, and will remain, that of a wife, mother and daughter.”

The point to be made, with no value judgement of my own, is that he is of the hardest of hardline traditionalists.

The evangelical base of the DUP incarnate.

The direction in which he took the party would be fairly clear.