The Brexit coalition had to accommodate both ‘Little Englanders’ who wanted less globalisation and ‘Free Traders’ who wanted more. All the evidence about Brexit suggested that the former would prevail and ‘Global Britain’ was coined to assuage the fears of the latter. 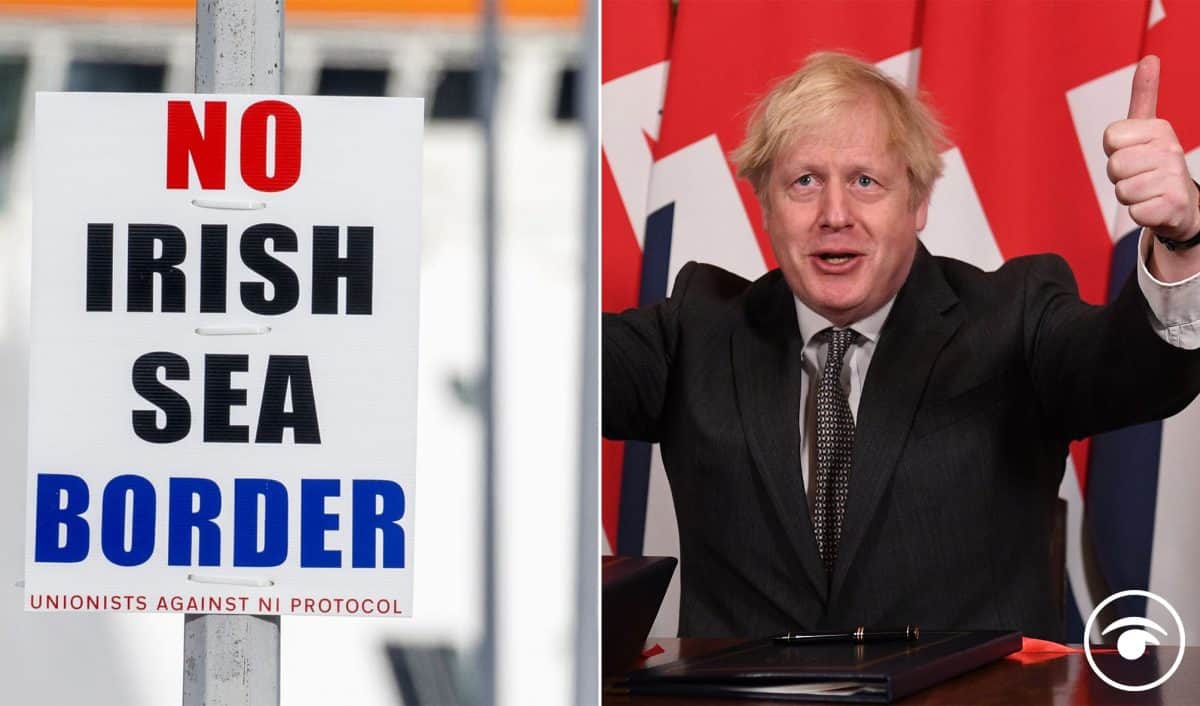 ‘A’ for intentions; ‘D-minus’ for outcomes.

The Government’s Integrated Review, Global Britain in a competitive age, published in March 2021, presents the Government’s vision for the UK in 2030 and outlines plans to achieve it. It emphasises the importance of Britain asserting its influence on the world stage by sustaining advancements in science and technology, shaping the rules-based international order, and strengthening security and defences at home and overseas.

It has a section titled “Putting trade at the heart of Global Britain” and expresses support for the multilateral system, designing rules and ensuring trade is fair and efficient. The document says that it is a “guide for action”; it says lots of the right things, but on the ground the UK is going backwards.

The phrase ‘Global Britain‘ came to prominence shortly after the 2016 Brexit Referendum when then-Prime Minister Theresa May used it to describe the Government’s vision for the UK after Brexit. However, it was not defined until 2018 and, even then, an inquiry by the Foreign Affairs Committee opined that the “only thing that is clear about Global Britain is that it is unclear what it means.” That was the point. The Brexit coalition had to accommodate both ‘Little Englanders’ who wanted less globalisation and ‘Free Traders’ who wanted more. All the evidence about Brexit suggested that the former would prevail and ‘Global Britain’ was coined to assuage the fears of the latter.

‘Global Britain’ was, thus, part of the puff and bluster we have become used to in UK Government statements about trade, but one which cleverly seeks to co-opt the fact that Britain has always been a global nation as cover for its failure to advance in that direction.

The UK has been a major trader since the 18th century and, together with the USA, was pivotal in the design of the post-war trading agreements and institutions. The UK’s share of global trade has fallen sharply since 1850, of course, as other countries have industrialised, but its trade policy has remained broadly liberal and largely free of periods of isolationism. In 2019, the ratios of UK exports and imports to GDP were 28% and 30%, respectively, which are relatively high for an economy of its size.

This trade is spread throughout the world, but by far the largest share is with Europe, the UK’s closest neighbour – see figure 1. The European share of UK trade has declined slightly since 1999, largely because, as a faster growing market, the share of Asia has increased. This helps to explain the Government’s so-called ‘pivot to Asia-Pacific’. But the pivot will be a poor substitute for the trade with Europe that is being lost to Brexit. Asian markets are, on average, more than nine times further away than European markets. Based on world trading patterns, if everything else were the same, the extra distance to Asia would result in UK trade with Asia being just 10% of that with Europe for agriculture, 15% for manufactures and 20% for services. Moreover, economists have now also shown that the effectiveness of trade agreements in increasing trade is lower for more distant partners. The pivot is straight into the wind.

Two further worries about UK openness arise when we recall that services share of total exports is higher for the UK than for any other major economy – 47% in 2019. First, the Asian share has not actually been increasing recently and, second, the Single Market – which the UK has left – cut barriers to services trade within the European Economic Area by three-quarters on average while a typical free trade agreement cuts them by perhaps one quarter.

A global Britain: other dimensions

Trade is not the only dimension of economic globalism that matters. The UK has a long tradition of international migration (both in and out). In 2019, 13.7% of the UK’s population was foreign-born – equal to the USA and about average for OECD. Here too, however, policy aims to reduce flows with Europe and increase them with other countries; doing so will reduce the flexibility of the labour market by eliminating the pre-Brexit free flow between neighbouring countries that underpins a lot of UK-EU trade.

The UK is among the most active of countries in terms of foreign direct investment (FDI). The UK’s FDI-to-GDP ratios stand at 69% and 72% for outward and inward flows, respectively, which is significantly above OECD averages. On inflows, this has been based on a very liberal regime, that will probably continue, but the uncertainty caused by Brexit has already curtailed inward investment and the reduced access to the EU in the Brexit settlement is likely to reduce it in the long run. UK outward investment in the EU, on the other hand, increased last year as firms sought to minimise the effects of the higher border restrictions on UK-EU trade: not a sign of globalism but a move to mitigate the retreat from it.

Finally, Official Development Assistance (ODA) – aid: UK ODA was £15.2 billion in 2019, equal to 0.7% of its Gross National Income (GNI). It is the only major economy to achieve this UN target and has been much lauded for doing so. Indeed, the UK has been widely recognised as a world leader in aid flows and aid policy. However, in November 2020, the Government cut ODA to 0.5% of GNI with immediate effect.

‘Global Britain’ is a (mostly) welcome statement of principle but has so far yielded no concrete action; ‘global Britain’, on the other hand, is a bit sickly:

‘A’ for intentions; ‘D-minus’ for outcomes.

Prof L Alan Winters and Guillermo Larbalestier, from the UK Trade Policy Observatory at the University of Sussex

The data referred to in this blog come from OECD or ONS.

Also see: What does ‘Global Britain’ add up to economically? With Professor L. Alan Winters, first delivered on 23 March 2021