The shadow foreign secretary described herself as the ‘most experienced of the candidates’ as she urged those attending a hustings to nominate her. 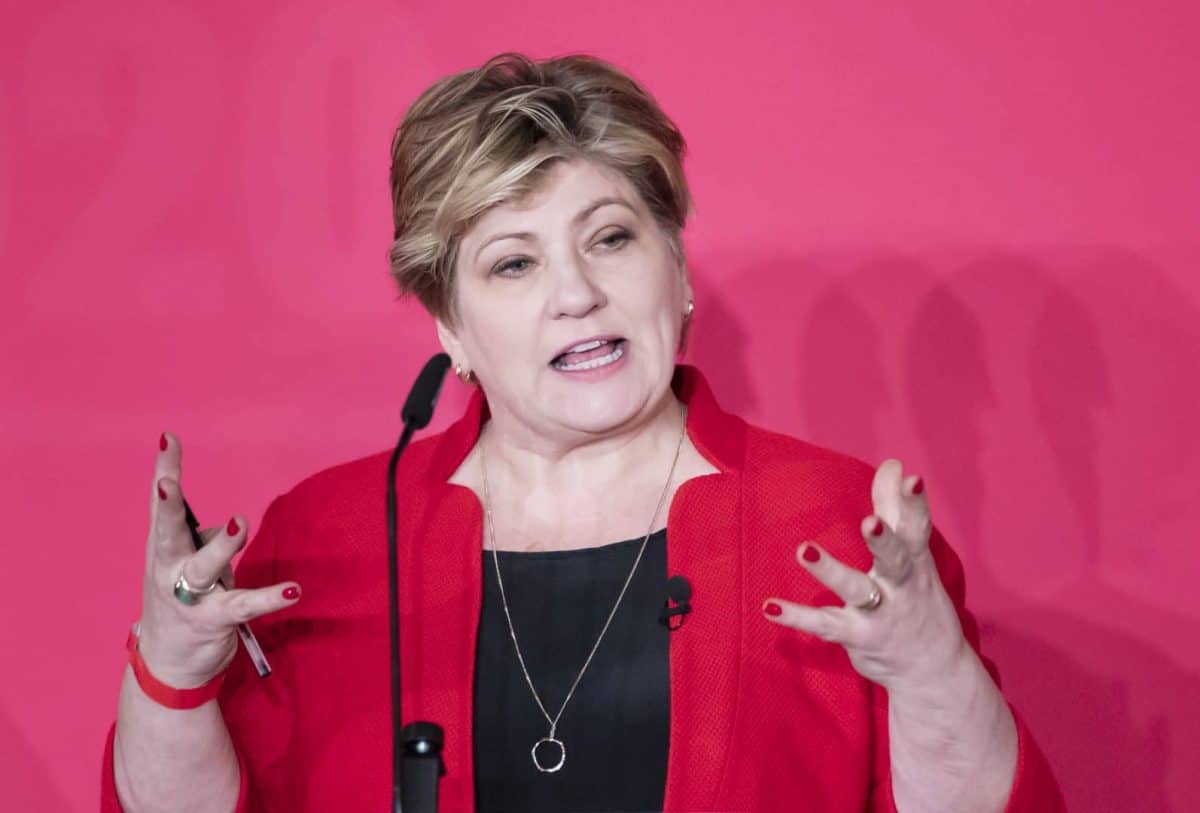 Labour leadership hopeful Emily Thornberry has appealed to party members to help put her name on the ballot paper, telling them “please will you just get on and do it”.

The shadow foreign secretary described herself as the “most experienced of the candidates” as she urged those attending a hustings in Cardiff to nominate her.

She said: “We should have a debate that has the widest possible selection for members and given my foreign policy experience, given my security experience, I think I raise their game.”

The comments came from Ms Thornberry as she seeks to make it through to the final stage of the race to succeed Labour leader Jeremy Corbyn.

She is the only candidate, out of the four still in the contest, not to have guaranteed that their name will be on the ballot paper.

With most of the major unions announcing their nominations, the Islington South and Finsbury MP is likely to have to go down the route of securing nominations from 33 constituency Labour Party (CLP) branches to progress.

As of Friday, the shadow cabinet member had the backing of nine CLPs, with the deadline for nominations two weeks away on February 14.

Most experienced of the candidates

Making her closing speech, Ms Thornberry said: “Well I may be an excellent candidate but I’m yet to get on the ballot and that’s the truth.

“And do you know what, I’m the most experienced of the candidates, I’ve had seven frontbench jobs, I’ve done two years shadowing Boris Johnson and I tore him to pieces every time.

“Why don’t we give me a chance to be involved in this debate, but I can’t do that if you don’t nominate me, so please will you just get on and do it.”

Lisa Nandy, MP for Wigan, underlined the importance of “telling a story about the future of Britain”, warning: “Just banging on about Margaret Thatcher and the NHS I’m afraid is just not going to do it.”

She said: “No more looking backwards, no more 1970s Britain, fighting 1990s Britain. We are seeking power in 2024 and that’s the world we need to start to talk about.”

Shadow business secretary Rebecca Long-Bailey argued there was a need to connect with communities through a “message of aspiration”. She referred to that “future vision of hope, whether it was 1945 and rebuilding Britain or 1997 promising that real change was going to come”.

She defended the 2019 party manifesto, adding: “Now we lost trust on the manifesto and despite many of the policies being the right answers to the right questions, people just didn’t understand what they were and they didn’t believe that we could deliver them.

“So we need a powerful message of aspiration that explains to people what our manifesto was actually for.”

A radical future with a credible leadership

He said: “Labour wins when it glimpses the future and persuades people that a vote for Labour is a vote for a better future, a radical future, but a credible leadership and party that could go into government.”

Ms Thornberry argued there was “too much” in Labour’s 2019 manifesto as she backed having a pledge card. Such a card was used in former Labour prime minister Tony Blair’s winning 1997 campaign.

She said: “It just looked like we were bombarding people with policies. I don’t want go back to the 1990s apart from maybe winning elections. One of the ways we win elections is by having a pledge card and having five priorities.

Related: Labour’s John McDonnell: Rebecca Long-Bailey is the voice that we need