But she's not the continuity candidate.... 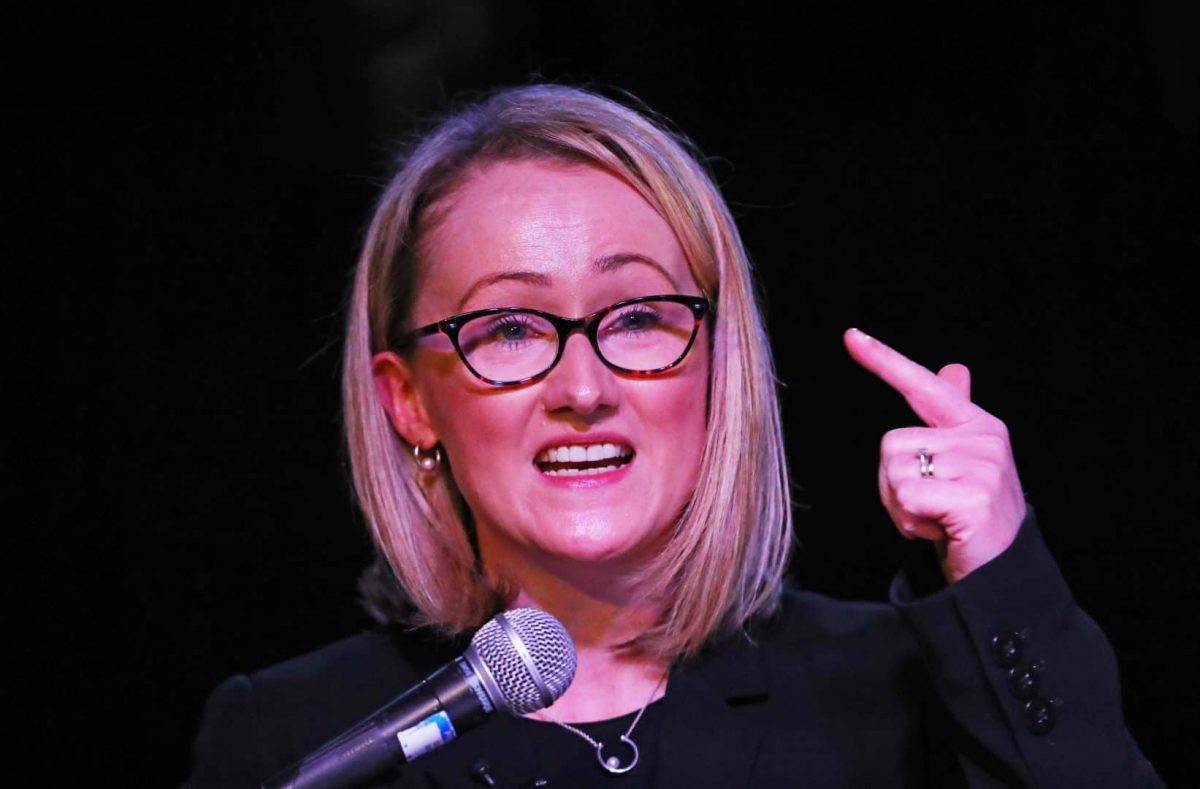 Labour’s Rebecca Long-Bailey is the “voice that we need”, shadow chancellor John McDonnell has said as he insisted he was “trying not to interfere in the leadership debate”.

Mr McDonnell joked he was attempting to ease himself into the “role of elder statesman”, before making clear his support for party frontbencher and shadow business secretary Ms Long-Bailey for the top job and Richard Burgon for the role of deputy.

Asked about suggestions it was more important for the left to keep control of the Labour Party, he told BBC One’s The Andrew Marr Show: “Well no, I think actually the people who are advocating my sort of policies there, are the ones that could win an election, just as many others could.”

Labour’s four leadership hopefuls took part in the party’s first hustings since the UK’s European Union exit in Bristol on Saturday and are participating in a further hustings in Cardiff on Sunday.

Mr McDonnell said: “I’m trying to ease myself into the role of elder statesman, it’s quite difficult and I’m trying not to interfere in the leadership debate.

“I’ve made it clear I support Becky (Rebecca Long-Bailey) and Richard Burgon, they’re the nature of my politics and Becky was my number two if you remember in the Treasury team for quite a while.

“She’s brilliant and I think she’s that voice that we need, that northern voice, a woman’s voice as well, that we need. However look at all the candidates, they’re terrific, what a fantastic new generation that’s coming forward. Any one of them will be a superb prime minister.”

On the deputy leader race, Mr McDonnell said shadow justice secretary Mr Burgon’s politics “are more like mine”, but referring to shadow education secretary Angela Rayner, he added he had “praised her to the hilt”.

He said he hoped shadow secretary of state for women and equalities Dawn Butler got on the ballot paper too, adding: “I think it would be really good to have Dawn’s voice there, a black woman representing a section of the party as well, let’s give the members a choice.”

Asked if he would rule out staying on in a senior role, he said: “Yes… I’m easing myself into this role of elder statesman where I will comment on policy and I’ll look to the longer-term direction of the party and also actually be looking (at) more of an international role, working with our European colleagues as well… but no I won’t be holding office, I’ll go back to backbenches and that will free me up to perform that role.”

Shadow health secretary Jonathan Ashworth told Sky News’ Sophy Ridge on Sunday that the structure of the Labour vote, “our core vote has been changing over 10 years, this hasn’t happened overnight”.

Mr Ashworth, who is supporting Wigan MP Lisa Nandy in Labour’s leadership race, said: “I think the policy agenda that we put forward at the last election was the correct agenda.”

He added: “I think broadly, policies which are anti-austerity, which are about investing in public services, which are about delivering economic justice, a fairer taxation system, they’re the correct policies we need to be putting to the British people in the coming years.”