“We have to be careful about this, we have to realise we are dealing with human beings who have families and responsibilities." 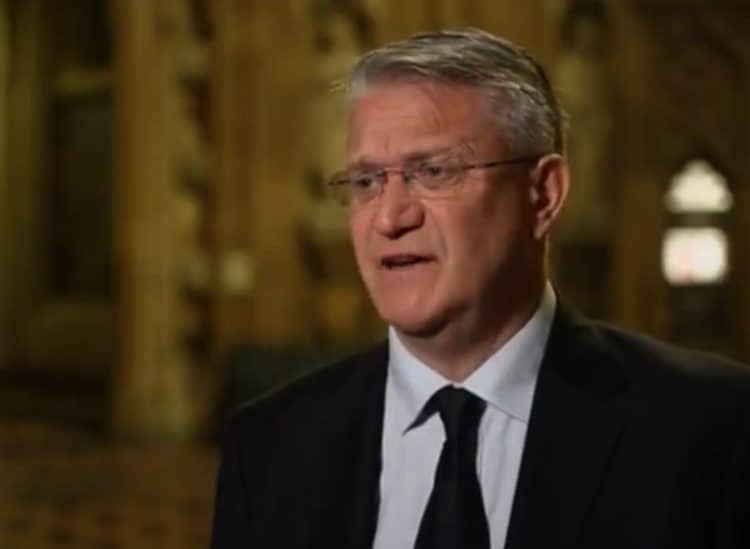 Footage of Andrew Rosindell defending MP’s second jobs juxtaposed with his response to lifting Universal Credit by £20 has gone viral this week.

The MP for Romford urged the government to be “cautious” over plans to stop MPs from having second jobs as the matter came to a head in the House of Commons this week.

He appeared on Newsnight to defend his colleagues who have outside work and claimed they would have to change their lifestyles if the proposals went ahead.

“We have to be careful about this, we have to realise we are dealing with human beings who have families and responsibilities,” said Mr Rosindell.

“Whilst, as I have said before, the first duty must be to Parliament, to the constituency and to the work we do for our country, any changes I think should be evolutionary.”

But Rosindell has been called out on social media for not expressing the same level of sympathy towards people on Universal Credit when the government cut the £20 a week uplift.

Speaking on Politics Live in July, he said: “I think there are people that quite like getting the extra £20 but maybe they don’t need it.”