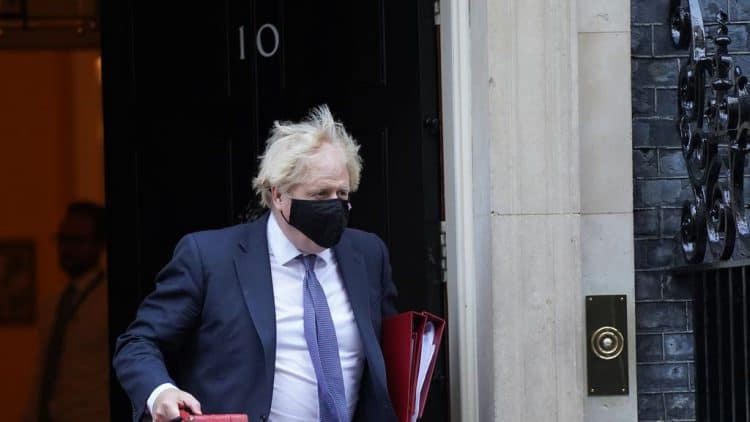 A Government plan to ban paid consultancy work has been approved by MPs after the Commons voted through what has been called “watered-down” proposals to improve standards in politics.

MPs voted down Labour’s plans to introduce new rules to curb their outside business interests, something which has increased tensions between Boris Johnson and Tory backbenchers.

Labour’s proposals called for a ban on “any paid work to provide services as a parliamentary strategist, adviser or consultant”.

Crucially, it also included provisions requiring the Commons Standards Committee to come forward with proposals to implement the ban and guaranteeing time on the floor of the House for MPs to debate and vote on them.

In contrast, the more vaguely worded Government amendment simply described the consultancy ban as “the basis of a viable approach” and supports the work of the Standards Committee to update the MPs’ code of conduct.

While the Government’s amendment on standards was approved by 297 votes to zero, majority 297.

Speaking after the vote, Labour leader Sir Keir Starmer said: “We put forward a plan of action to clean up politics and strengthen standards in politics.

“And if you can believe it, after two weeks of Tory sleaze and corruption, the Prime Minister whipped his MPs against that plan of action, and, frankly, he just doesn’t get.”

Sir Keir said: “We are not going to back down from these proposals, we’re not prepared to have them watered down, so we will press on with them.

“But it is unbelievable.”

Under the Government’s proposals, set out in a letter to Commons Speaker Sir Lindsay Hoyle, rules would be updated to include two key recommendations from the Committee on Standards in Public Life’s report on MPs’ outside interests from 2018.

These include changing the code of conduct so that any outside work should be “within reasonable limits” and “not prevent them from fully carrying out” their duties.

Those who failed to comply should be “investigated and appropriately punished”.

A Government spokesperson said: “The House of Commons has tonight voted to update the Code of Conduct for MPs.

“This means that MPs will be banned from acting as paid political consultants or lobbyists and that MPs are always prioritising their constituents.

“This will strengthen our parliamentary system and we will work on a cross-party basis to achieve this.”

However, the move is likely to deepen tensions between Tory MPs, some of whom are furious at attempts to curb their outside earnings.

Earlier, Sir Geoffrey Clifton-Brown, treasurer of the 1922 Committee, said there was “dissatisfaction” with the Prime Minister in the Tory ranks.

While Sir Keir said: “I’ve been really struck by how many Tory MPs seem to have lost faith and confidence in the Prime Minister.

“It was noticeable at Prime Minister’s Questions today that their benches were with many gaps, many MPs hadn’t turned up to support him.”

However, Mr Johnson was greeted at the 1922 Committee of backbench MPs on Wednesday evening, prior to the vote, to loud banging on the tables in approval.

It was reported that he told MPs “on a clear road I crashed the car into a ditch” in the saga surrounding former Tory MP Owen Paterson, who was found to have breached lobbying rules.

But one backbencher said that the vast majority of questions at the meeting were surrounding the issue of small boats and immigration.

Earlier on Wednesday, Mr Johnson admitted the initial effort to shield Mr Paterson from immediate suspension to enable a review of his case and the disciplinary process had been an error.

“The intention genuinely was not to exonerate anybody, the intention was to see whether there was some way in which, on a cross-party basis, we could improve the system,” Mr Johnson told the Liaison Committee of senior MPs.

“In retrospect it was obviously, obviously mistaken to think we could conflate the two things and do I regret that decision?

“Yes I certainly do.”

Mr Paterson quit as an MP rather than face a vote on his suspension after the Government abandoned its bid to shield him from an immediate sanction.

The PM also insisted he wanted to find a cross-party approach to the Westminster sleaze rows but became involved in spiky Commons exchanges with Sir Keir during PMQs over his own outside earnings as a lawyer prior to becoming Labour leader.

Sir Keir’s entry in the register of interests shows he earned more than £25,000 for legal work during this Parliament, before he became Labour leader.

Mr Johnson accused the Labour leader of “Mish-conduct”, a reference to talks Sir Keir had with legal giant Mishcon de Reya about a possible role in 2017.

The Speaker repeatedly ordered Mr Johnson to stop asking Sir Keir questions and said the exchanges had been “ill-tempered”, adding: “I need this House to gain respect but it starts by individuals showing respect for each other.”

“We’re not interested in discussions to weaken standards, but there will be discussions.”

But he said there had not been progress in cross-party talks on the issue for “many years”.