She told the Commons: “I cannot emphasise how concerned I am that a Conservative Government is willing to go back on its word, to break an international agreement signed in good faith and to break international law.” 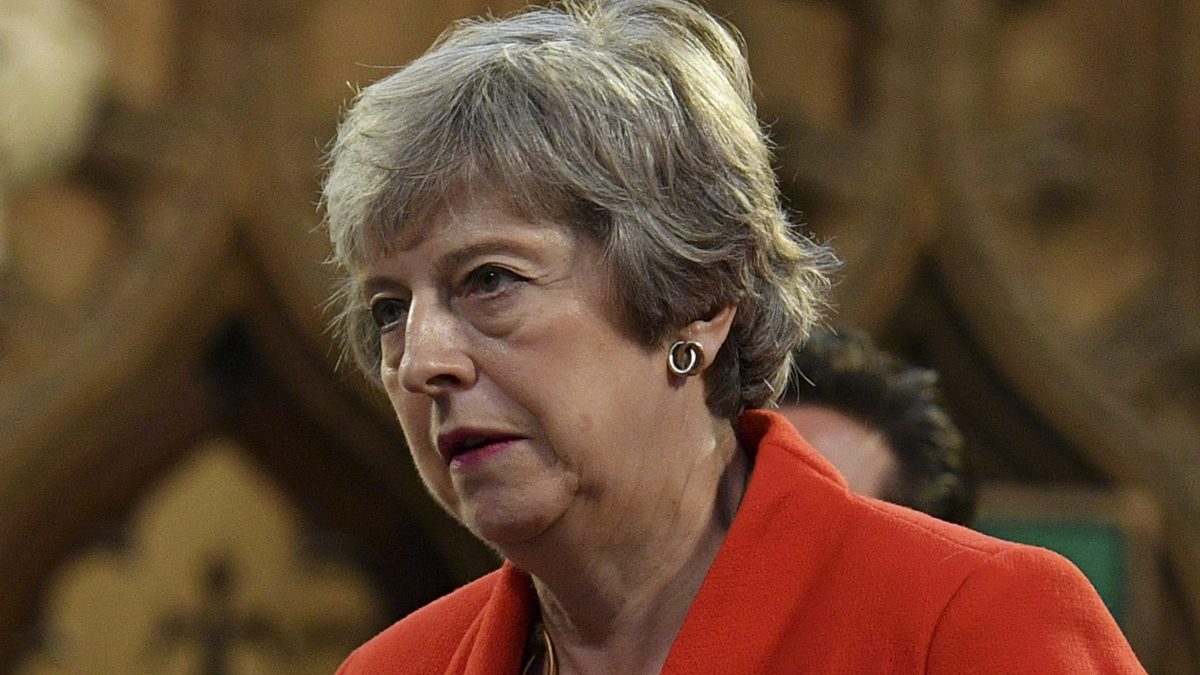 Theresa May will not support controversial Brexit legislation, warning it will cause “untold damage” to the United Kingdom and threaten the future of the Union.

The Conservative former prime minister accused the Government of acting “recklessly and irresponsibly” without thinking of the long-term consequences by its willingness to breach international law.

She signalled her grave reservations over sections of the United Kingdom Internal Market Bill linked to the Northern Ireland Protocol, which seek to override the Brexit divorce deal.

Prime Minister Boris Johnson has argued the changes are required to protect the relationship between Great Britain and Northern Ireland.

The Bill also sets out the way that trade within the UK will work once outside the EU’s single market and customs union, amid concerns in Westminster that Brussels could seek to disrupt food goods travelling from Britain to Northern Ireland as part of trade talks.

But Mrs May launched a stinging rebuke of Mr Johnson’s actions, and questioned if the Government had understood what it was signing up to when consenting to the Withdrawal Agreement.

She added an arbitration process would be available, meaning the Government’s controversial additions have “no place in this Bill”.

Mrs May told the Commons: “I cannot emphasise how concerned I am that a Conservative Government is willing to go back on its word, to break an international agreement signed in good faith and to break international law.”

As Conservative Sir Bill Cash sought to intervene, Mrs May joked: “I wish I had £10 for every time I’ve given way to him in a debate or statement in the last few years.”

Sir Bill, chairman of the European Scrutiny Committee, argued the EU and other states have “persistently broken international law” – including the UK.

Mrs May shot back: “He seems to be saying if somebody does something wrong, it’s OK for us to do something wrong? I’m sorry I do not agree with him on that point.”

The Tory MP for Maidenhead said she recognised her party colleague Sir Bob Neill has made “every effort” to deal with the impact of clauses 41 to 45 and come to a compromise with the Government on when the powers can be used.

“This can only weaken the UK in the eyes of the world.

“One of the great strengths we have as a country is our commitment to the rule of law and this will have been damaged.

“Our reputation as a country that stands by its word will have been tarnished.

“And the willingness of other countries to trust the United Kingdom and its values will have been reduced.

“So much for global Britain.”

“So much for global Britain”

Mrs May highlighted international efforts led by the UK to expel Russian agents following the Salisbury novichok attack, adding: “We were able to do that as those countries had trust in the United Kingdom.

“Where will that trust be in future if they see a United Kingdom willing to break its word and break international law?

“If we pass this Bill with clauses 41 to 45, and in so doing accede to the Government’s wish to break international law, I believe it will have a detrimental effect on people’s trust in the United Kingdom.”

“The Conservative Party upholds the rule of law, it’s one of our values, one of our characteristics, yet we’re being asked to tear up that principle and throw away that value.

“And why? I can only see on the face of it it’s because the Government didn’t really understand what it was signing up to when it signed the Withdrawal Agreement.”

She concluded: “I consider that by introducing clauses 41 to 45 the Government is acting recklessly and irresponsibly with no thought for the long-term impact on the standing of the United Kingdom in the world.